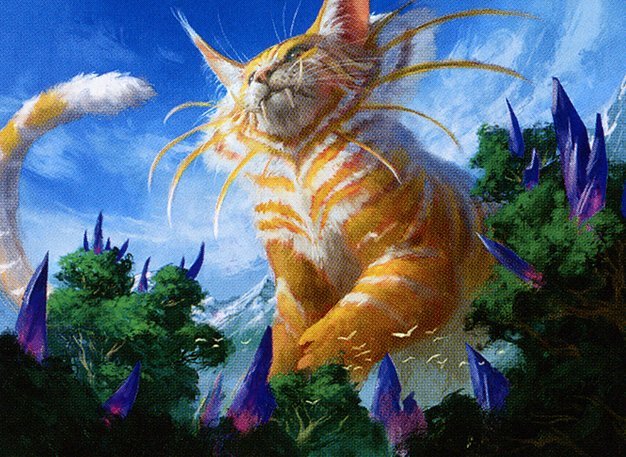 Episode 2 of Rogue Refinery is live! This week, Paul, Alias, and the Faithless Brewing crew set out to investigate the truth behind the meme. Yes, you can kill someone in one shot with Colossification, but is this combo actually any good? And how exactly do you build it?

Briefly, the “level one” strategies for winning with Colossification break down as follows:

Standard: Colossification in graveyard, Storm Herald + Fling in hand. Doable, but pretty clunky and fragile. It feels like a 4 card combo, because let’s be real, it is a 4 card combo.

Pioneer: Colossification + Burning Anger in graveyard, Storm Herald in hand. Much better, and potentially quite strong. Still vulnerable to graveyard hate, but much faster and harder to disrupt.

Modern: any creatures in play, Winota, Joiner of Forces in hand. Okay, now we’re getting somewhere. The Modern build of Colossification is actually quite strong and kills frequently on turn 3, thanks to the Winota + Auratouched Mage tech unlocked by Lawson Zandi, who also built the 4c Winota Yorion list that notched a 5-0 result this week. We show a couple iterations on this concept and present a 60-card build that I think may be even stronger than Lawson’s already good Yorion list.

Of course, it wouldn’t be Rogue Refinery without going deeper than “level one,” so we explore a bunch of different concepts across all three formats (eight decklists in all, including a super secret bonus Modern list if you watch through to the end).

If you’re just looking for content in a specific format, I’ve included the timestamps above. I do recommend starting at the beginning though, as the lessons from Standard help inform our choices as we move into progressively larger card pools. Wizards doesn’t feature a lot of Pioneer or Modern these days (or show Magic Online gameplay, for that matter), so if you’d like to see more content from them in the eternal formats, you can help by letting them know in the YouTube comments!