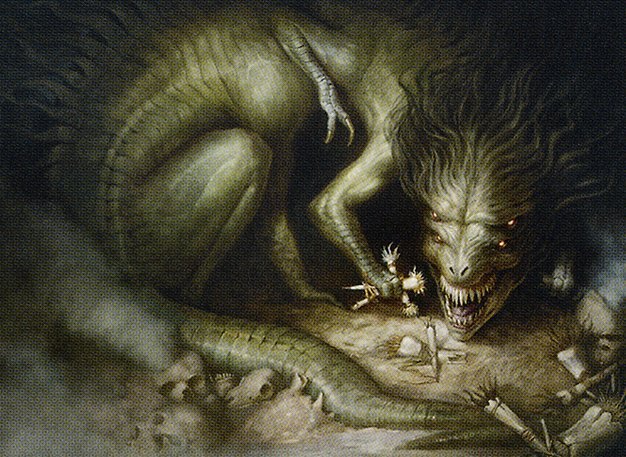 Episode 4 of Rogue Refinery is live! This week, Paul Cheon, AliasV, and the Faithless Brewing crew take a crack at Fiend Artisan, the enticing Golgari mythic that had many pundits salivating during preview season. Part Tarmogoyf, part Green Sun’s Zenith, it certainly seems like Fiend Artisan can do it all.

And yet, after more than a month, the card has not gained much traction in any competitive format. Outside of the occasional Sacrifice deck in Standard, or more recently Abzan Rally in Pioneer, Fiend Artisan seems to be either too slow or too fair for the current metagames. Have we drastically misunderstood this card? Or are there powerful synergies still waiting to be unlocked?

A few general thoughts on the card:

Standard Sacrifice decks do the best job of showing off Artisan’s capabilities as a combat creature. The graveyard fills up naturally and the deck has interest in both the sacrifice outlet and a potentially high-powered cheap creature.

That being said, paying full price for the activated ability is rarely a good use of a turn. The trick is to get a discount: this is where Zirda, the Dawnwaker comes in, letting you spend just a single mana to upgrade any creature into another Fiend Artisan (or a Priest of Forgotten Gods, or whatever else you need). Whisper Squad, Embercleave, and especially Knight of the Ebon Legion are all cards that benefit massively from Zirda’s bonus, which the Lurrus and Obosh versions don’t get the benefit of. Zirda Sacrifice is an angle that deserves further exploration.

In the older formats, the prevalence of Lurrus exerts an odd pressure on the metagame, leading to a higher than usual density of graveyard hate that makes Artisan less reliable as a combat creature. That said, a larger card pool also means a more attractive toolbox of creatures for Artisan to grab. This week’s Pioneer and Modern builds explore the “green” half of Fiend Artisan in a couple different shells. The Pioneer build puts Artisan in a supporting role, where the big star is Prime Speaker Vannifar in a unique take on Birthing Pod-style midrange. The Modern build takes the toolbox even further with Primeval Titan.

Of course, the name of the game with Fiend Artisan is flexibility, both in how you build your deck and in what you can do on any given turn. We’ve only begun to scratch the surface of this card, and toolbox creatures are destined to get better and better as card pools expand over time. What other homes for Fiend Artisan have been working well for you?