When Should You Play One-Ofs In Your Modern Deck? 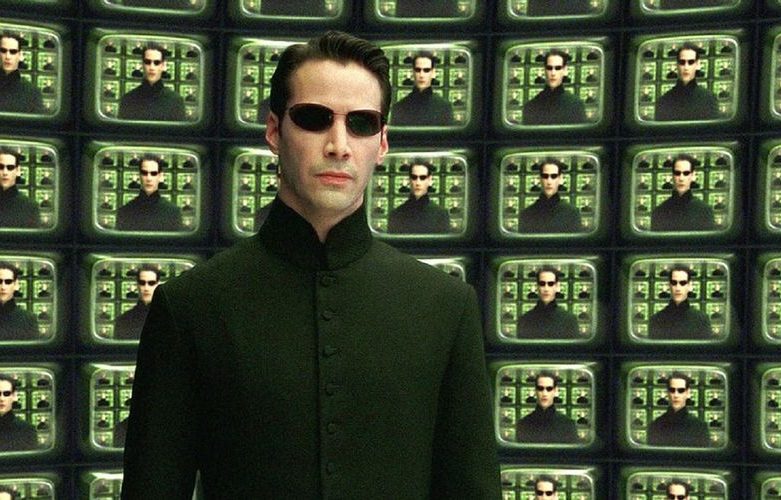 A common complication to deck building in Modern can be knowing when to include one-ofs in your main deck. Often brewers include way too many one-ofs, which can lead to inconsistencies in how your deck executes its game plan. On the other hand deck builders may include too many of certain cards or effects, leading to losing the game with the dead or duplicate cards in hand.

This article is a quick guide to help breakdown the reasons to include one-ofs in your next brew. I limited this discussion to main deck options and non-land topics, since sideboard and manabase construction is even more complicated.

Many times we want to include a game winning spell that will almost assuredly take over in mid- to late-game situations. However, in a format as fast as Modern, we need to be able to get to that stage of the game without losing with a bunch of cards in hand we never had time to cast.

In this case, we may want to consider a one of card that could close out the game. Some of my favorites are playing Ral, Izzet Viceroy in Blue Moon or Ashiok, Nightmare Muse in Sultai Control. For these cards to be one-ofs you should not be relying on these cards to win every game (see engine cards below), rather they are powerful closers in late game situations.

“Medium floor, high ceiling” refers to cards that have a high variability in power level depending on what deck your opponent is playing, or depending on the board state.

I think the perfect card to illustrate this concept is Electrolyze in a deck like Blue Moon or Jeskai Tempo. Every so often Electrolyze is the perfect card to blow out your opponent and swing the momentum of the game in your favor. Maybe you kill two Llanowar Elves and choke your opponent on mana or you kill a Dark Confidant and a Lilliana of the Veil on one loyalty. In these situations, it feels like the best card in your deck. However, it often doesn’t reach those highs but it’s rarely terrible. Even against a deck like Tron or Ad Nauseum where it doesn’t kill anything, it will still whittle down your opponent’s life total while replacing itself.

Another good example is playing a main deck Mystical Dispute. Against blue decks, this card is very aggressively priced. Against non-blue decks, it will still probably counter something, but you probably don’t ever want to see multiple of these in your hand. Modal cards such as Knight of Autumn, Izzet Charm, and Zendikar Rising’s MDFCs can also fall into this category.

If a deck is playing effects that can search your library for cards to put into your hand or the battlefield (aka Tutors) then you may not want multiple copies of the card in your main deck. We’ll call these silver bullets, or more generically tutor targets.

Silver bullets are cards that are capable of shutting down or severely disrupting certain strategies, but may be ineffective against others. By using tutors, you will be able to win games by finding these silver bullets as early as game one. Because you only play one each, you have a low chance of drawing them off the top of your deck, and are less likely to be caught with dead cards if facing a matchup where they are ineffective.

Silver bullets are cards that are capable of shutting down or severely disrupting certain strategies, but may be ineffective against others. By using tutors, you will be able to win games by finding these silver bullets as early as game one. Because you only play one each, you have a low chance of drawing them off the top of your deck, and are less likely to be caught with dead cards if facing a matchup where they are ineffective.

An example of this is when Urza decks play Whir of Invention to find a card like Damping Sphere to prevent a Storm deck from being able to combo off. Niv-to-Light decks often play several silver bullets because the deck sees so many cards by tutoring with Bring to Light or drawing with Niv-Mizzet Reborn.

The biggest strength of Tutors apart from their addition to consistency is their flexibility. They can grab your engine piece or a combo piece or a silver bullet. A Death’s Shadow deck might use a Traverse the Ulvenwald to get a Death’s Shadow 80% of the time but every so often you can get your one of silver bullets, such as Plague Engineer, to win the game against a tribal deck.

Some combo decks are able to see most or all of their entire deck once the combo gets going. Therefore, you may not need multiple combo finishers in your deck. Common examples of this are Laboratory Maniac in Neobrand and Lightning Storm in Ad Nauseum. Dredge used to run Scourge Devil as a version of this effect. Devoted Druid decks may only run one Walking Ballista or Rhonas, the Indomitable to use as an infinite mana sink.

With a metagame as diverse as Modern is, it can be difficult to have the right cards to answer your opponent’s threats. It can sometimes be correct to play a group one-ofs that have a similar effect but have slightly different pros and cons.

Imagine that you are a Blue Moon player and you’ve come to the conclusion that you really want eight burn spells in your deck. You start by playing four Lightning Bolt, the best one ever printed, but where do you go from there? The other options all have their ups and downs. You don’t want to have three Abrades in your hand when you need to kill a Liliana, or three Burst Lightnings when you need to blow up that Mystic Forge. So you might consider the following burn suite: 4x Lightning Bolt, 1x Abrade, 1x Burst Lightning, 1x Magmatic Sinkhole, and 1x Fire Prophecy.

Or maybe you are a Jund/GBx player and you want three different ways to get blown out by Veil of Summer while trying to destroy a permanent. So you might play 1x Abrupt Decay, 1x Assassin’s Trophy, and 1x Maelstrom Pulse.

Often when brewing, this is a great way to find out what you like and don’t like. These also become great levers to be able to adjust your gameplan to trends in the metagame.

Doesn’t Play Well With Others

“Doesn’t play well with others” refers to cards you don’t want to see in multiples. Often these have a drawback that makes the second copy significantly worse than the first. The most prominent of these are Delve cards, cards with Phyrexian Mana, and Legendary cards. Two of the more frequent Delve one-ofs are Gurmag Angler and Magmatic Sinkhole.

Gurmag Angler is an interesting one because some decks play it as a cornerstone, like Grixis Death’s Shadow before the Lurrus era. However, to overcome the drawback, the deck played enablers like Mishra’s Bauble and Thought Scour to be sure the card could be cast consistently. By contrast, Orzhov and Mardu Death’s Shadow lists usually only played Gurmag Angler as a one-of, as they were not able to consistently cast the card more than once per game.

Phyrexian mana effects allow players to cast cards that are off-color by paying life instead of mana. Although it’s one of the most powerful effects the game has ever seen, in multiples the effects can be too costly. Dismember is a great example of this. Many decks don’t see a huge opportunity cost to seeing one of this effect each game because playing four life to kill a creature doesn’t sound so bad, but paying eight life to kill two creatures, on top of life loss from fetches and shocks, can be very risky.

With Legendary cards it’s tricky to define when you want one as a one-of rather than multiples. Many Legends are so key to your game plan that you don’t mind seeing multiples of them, because the effect you are getting is so powerful that you want to see it every game. Think of cards like Thalia, Guardian of Thraben in Humans or Hatebears, Baral, Chief of Compliance in Storm, or Teferi, Time Raveler in any UW deck. Some of these staples have such a powerful enter the battlefield effect that it can be common to see a player cast one with another one the battlefield, such as Urza, Lord High Artificer or Niv-Mizzet Reborn. I believe that Legendary creatures like these should not be considered one-ofs unless they fall into one of the other listed categories.

Legendary lands, however, are more commonly seen as one-ofs. Legendary lands tend to remain on the battlefield all game, meaning that the second copy is very punishing to draw.

Sometimes you just have to get people with your favorite off-meta card. Every now and again you’ll win after ultimating your foil Domri Rade or you’ll counter your opponent’s win-con with a full art Voracious Greatshark and afterwards they show you their Dovin’s Veto in tilted frustration! These moments are awesome and I highly encourage playing the good old Fun-of.

Bonus: You are Playing a Lutri, the Spellchaser as your Companion

Congrats, all your non-land cards are one-ofs!

Soren Wellman has been playing casual Magic since Mercadian Masques and tournament Magic since Innistrad. He is an electrical power systems designer by day and a Dimir deck designer by night. He enjoys all deck archetypes but has a penchant for control mirrors.