We’d Like to Party: Coveted Prize, Zagras & Archpriest of Iona 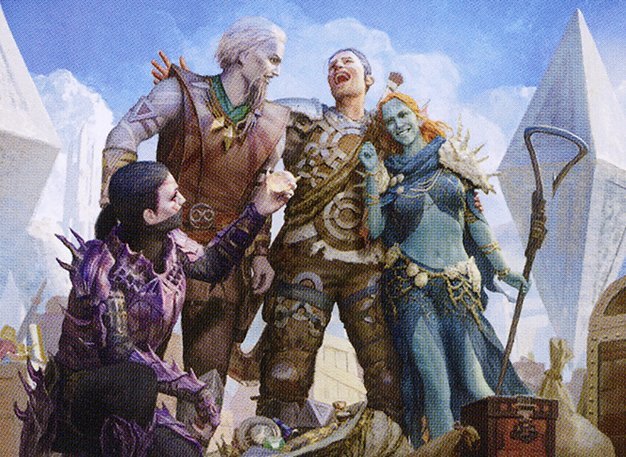 David has been pretty adamant that Zendikar Rising‘s party mechanic is not meant for Constructed. It’s not hard to see why: getting four unique creatures onto the battlefield is exceedingly rare in Modern and Pioneer. It doesn’t help that most of the Party payoff cards rely on cost reduction: imagine trying to cast Karn Liberated if all of your Mines, Towers, and Power Plants died to Fatal Push and Lightning Bolt.

Nevertheless, some of the payoffs are enticing, especially Coveted Prize, Zagras, Thief of Heartbeats, and Archpriest of Iona. 2020 has been an exceedingly long year, and we sure would like to party. There’s no shortage of Rogues, Clerics, Warriors, and Wizards if you’re willing to do a little digging, so fire up Scryfall and let’s dig! The decklists are spicy and the squad is lit, so grab the supplies, assemble your crew and let’s get the party started!

Roundup: MOCS + Picks of the Week

David’s Pick of the Week: Astral Drift by ShzockChan

Cavedan’s Pick of the Week: Grim Flayer Sultai by u_mad_bro