Weathering the Storm: The Secret to Enjoying Magic in 2020 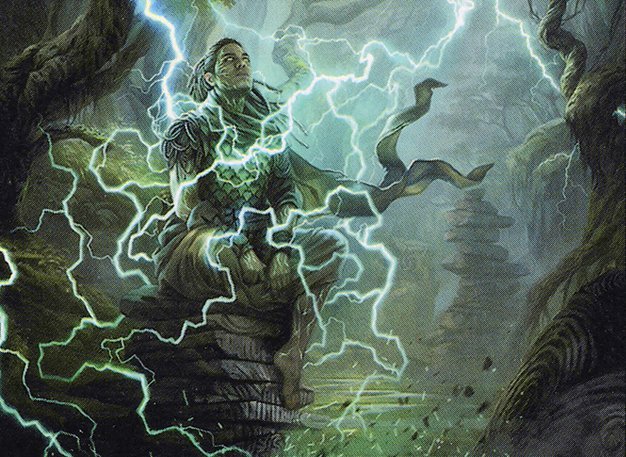 Magic is fun! Is Magic fun? If you’re a frequent social media user you may be under the impression that everything’s on fire and the world is ending. While this may be true in a number of senses, I’m not convinced that it is true when it comes to Magic: the Gathering. There have been a lot of bans lately, there have been some frustrating cards and some questionable design choices, but the fact is Magic remains a fun game.

When the Going Gets Tough

I think a lot of how we take enjoyment from Magic comes down to a matter of perspective. We can’t control how Wizards designs cards or curates formats, but we can choose how we want to engage with the game. Make no mistake, I also get frustrated and grumpy with some of the decisions and some of the card designs that have come out in the past year. I am no Wizards apologist, but when times get tough there are ways to engage with the game that circumvent or otherwise ignore the problem areas.

Many of us see themselves as somewhat of a Spike. I love to win, and I want to play competitively at high levels. I enjoy performing well, and take satisfaction in making good choices that lead to winning games and matches. When a format becomes mired in the same frustrating matchups over and over, or a single card becomes so dominant that it shows up in every deck and every match you play it can be easy to feel frustrated and angry with the game. Taking steps to mitigate these feelings and find the fun again can go a long way to preventing burnout and help remind us what makes Magic fun.

The Tough Get Brewing

One of the best ways to beat the tedium that comes with a stale metagame is brewing. Brewing is not just the act of deck building and tweaking, but of adopting an attitude where winning is no longer the primary goal. Knowledge and understanding become the focus as you test new cards or ideas and look for interesting interactions.

By shifting your mindset and making learning your primary goal it becomes easier to ignore the frustrating circumstances of a stale meta. Win or lose, you can glean information, so you’re still coming out ahead. You don’t even need to play in leagues or on the ranked ladder to get a sense of your brews. Although the non-competitive avenues of play are often littered with underpowered or off-meta decks, you can still get a feel for your brew and learn about how your ideas perform.

If brewing isn’t quite your thing and you want a break from a homogeneous online metagame, try finding a new community to play with. There are many online communities popping up that offer a more Friday Night Magic feel where players are happy to play their pet decks or strange brews. Playing against names you recognize and with folks that you communicate with on the regular is a great way to soften the blow of sitting across from yet another frustrating matchup or rage inducing card. There is something about knowing the person on the other end of the screen that makes it sting a little less.

So much of Magic is the Gathering aspect, especially for paper players. If you still can’t return to the LGS, hop on your favorite social media platform and look for a group playing paper magic via webcam, find a Discord community, or even try to organize your own. Bringing the Gathering back to your play experience can help make even the most stale meta a little more palatable.

There is something about knowing the person on the other end of the screen that makes it sting a little less… Bringing the Gathering back to your play experience can help make even the most stale meta a little more palatable.

And Making It Your Own

Finally, if you’re not enjoying a particular format or you’re plagued by a selection of egregious cards, try a new format! There are a multitude of formats available on Magic Online that are often overlooked or not talked about. Arena allows the free play option with friends, and with a little coordination you can easily impose your own set of rules or restrictions within Arena.

You can even go so far as to create your own format or ban list. The Faithless Brewing Community League, for example, has had different restrictions around which cards were legal each week, and in some cases introduced banned cards into a format to see how they’d work out. The matches played in these leagues have been incredibly fun and refreshing, and they, much like brewing, offer something more than just the satisfaction of winning; they offer knowledge.

This knowledge will serve you when your focus becomes winning again. Having played with the allied color Fast Lands in Pioneer, I can now better understand how some of the new Pathway lands will impact the format. Having played some of the banned Modern cards I have a new appreciation for why those cards are banned, and can better evaluate how new cards that have similar effects will impact the format.

Ultimately, if you’re really not having a good time, and all of these suggestions just sound exhausting or daunting, take a break. There is nothing wrong with stepping away from the game for a little while. It can even be extremely healthy. That said, if you find yourself getting frustrated grinding the Arena ladder, or you’re looking for a bit of a different experience on Magic Online, try changing up the way you play, adjusting your perspective, and focusing on the things you can control — your goals, your playgroup, and the format that you’re playing.

Brian Madden is an optimistic brewer with an affinity for draft chaff and unlikely combos. When he isn’t playing Magic you can find him co-hosting the Serum Visions Podcast or enjoying the outdoors with his wife and son. Follow Brian on Twitter @untwisted_mtg.