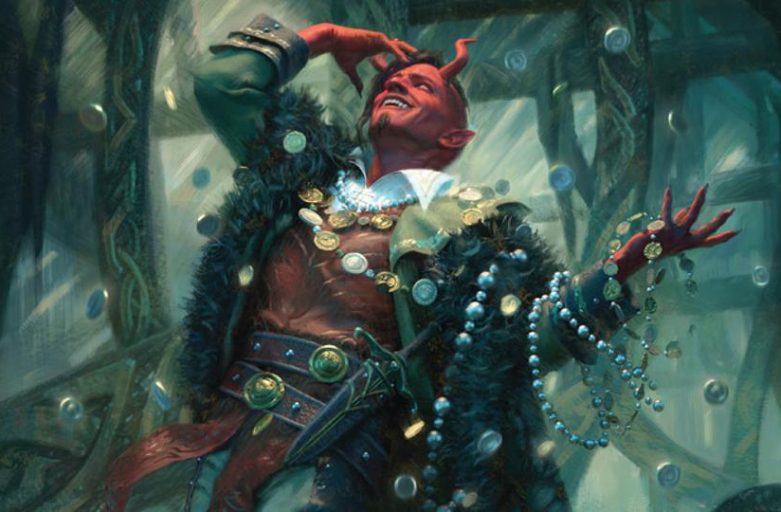 Kaldheim Season #8: Top 8 in the Modern Challenge with 5c Counter-Tibalt

What is the highest achievement for a brewer? It’s not winning the Pro Tour. No, ask most hardcore brewers and they’ll tell you the ultimate dream is to “break the format” — to invent the deck that proves unstoppable, to rake in accolades as your creation gets picked up by top players and dominates the tournament meta.

But here’s the thing about broken formats: people tend to hate them. It’s a fine line between powerful and oppressive, and somewhere in the last seven days, Cascade Tibalt has crossed that line. We spent two weeks brewing an amazing Spell Queller Counter-Tibalt deck, taking it all the way to Top 8 in last weekend’s Modern Challenge, and guess what? People hate it. It seems that what’s true for Batman is also true for brewing: you either die a hero, or you live long enough to see yourself become the villain.

The era of Cascade Tibalt is likely to be short lived, but while it’s here we are going to savor the moment. After all, it’s not every day that a brew we drew up as a thought experiment turns out to be tier zero. Along the way, we amassed an 80% win rate in leagues (28-7) and a 73% win rate in Challenges (7th and 19th place, 11-4 overall). Even an early version of our list, still running Demonic Dread, was good enough to notch a 10th place finish in Saturday’s Challenge. Of course, that was all ages ago in the fast moving world of Cascade Modern. The format has moved on, and so shall we. There’s always something new to learn, and the next broken deck to discover!