Uro vs. Kroxa: Clash of the Titans 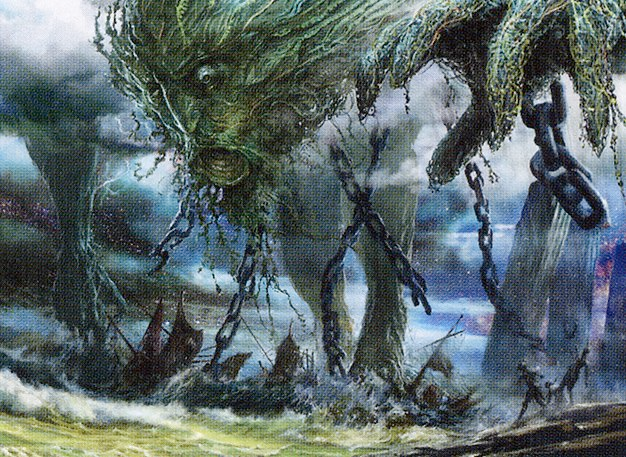 Kroxa made his case last week for early release from the underworld of Theros, taking a bite out of the competition in both Modern and Pioneer. The hungry fellow has been making inroads into 5-0 lists, but has yet to enjoy the success of his greener, bluer, more wrathful sibling. This week, the clash of the titans comes to a head, as we pit our results with Kroxa against new lists featuring Uro, Titan of Nature’s Wrath.

Already boasting a Players Tour championship, Uro seems to have all the makings of a multi-format star. Simic colors? Check. Useful in many strategies? Check. Mythic rare, costs 1UG, rapidly increasing in price? Check, check, and check. Three letter name, two of which are vowels, followed by a title description? Welcome to my decklist, Oko left the seat warm for you.

There’s no denying that Uro is a powerful and wildly successful card. Unlike Kroxa, Uro’s draw and lifegain abilities create both time and resources to play a longer game, while also giving you land drops to go nuts with all of your extra material. Uro has so many abilities that even now players have only begun to scratch the surface of what it can do. A repeatable Growth Spiral is great. A repeatable Reviving Dose is also great. A giant creature that comes out of the graveyard without costing you a card, and generates value turn after turn, is starting to get a little crazy. This is a card that we are going to be seeing a lot of for the foreseeable future, so let’s see what else Uro can do!

Roundup: Pioneer Between the PTs

T-Rex on the Titanic (test deck): not recommended for league play