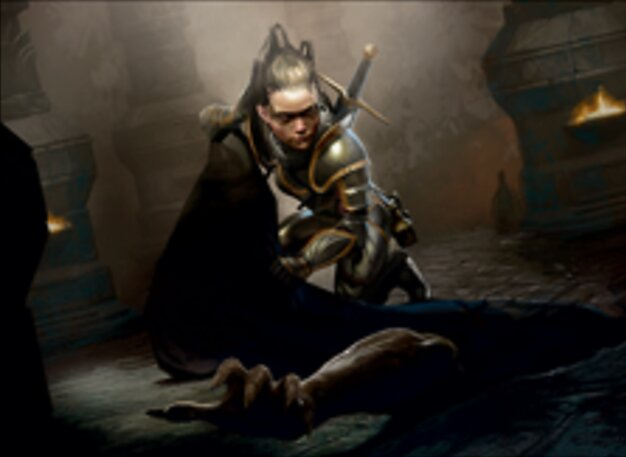 Portable Hole coulda been a contender. Portable Hole coulda been something special. On preview day, the future looked bright for the new white removal spell from Dungeons & Dragons: Adventures in the Forgotten Realms. A Glass Casket a half the price that also hit any class of permanent felt like a major boost in power for any deck interested in a white Fatal Push. That’s not even mentioning Portable Hole’s synergies with artifact strategies, which have always been in dire need of cheap interaction. The sky seemed to be the limit for this pocket-sized pit trap.

But the multiverse has a funny sense of humor. Before a single copy of Portable Hole could be unwrapped from a booster pack, along came Prismatic Ending from Modern Horizons 2 and completely ate Hole’s lunch. Today’s brew session is both a post mortem and a rehabilitation. There’s no denying that Prismatic Ending does the same job better, but that doesn’t mean that Hole has no place. Artifact synergies are still powerful. There’s also vast potential in formats other than Modern, where Prismatic Ending is not available.

Today’s brews continue our tour of the Forgotten Realms with cards like Monk Class, Ingenious Smith, and Oswald Fiddlebender appearing in various Portable Hole decks. We also tested several Imperial Recruiter lists in Modern, and detail our results on the Flashback.