The Underworld Cookbook by Asmoranomardicadaistinaculdacar 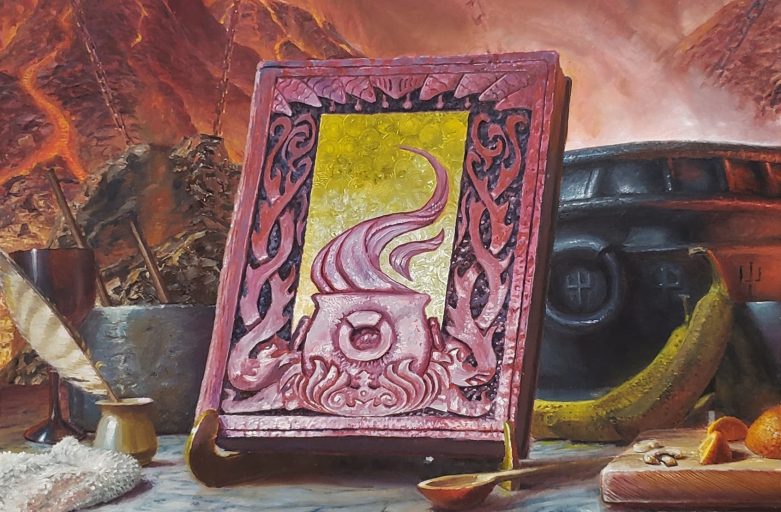 It’s a tale as old as time. Girl meets Pit Lord. Pit Lord tries to eat girl. Girl becomes chef, cooks delicious meals for seven years and seven days, publishes Underworld Cookbook. If you’ve played any Modern these last few days, you know her name by now. Asmoranomardicadaistinaculdacar (or Asmora for short) has been serving up delicious beatings with the help of her trusty Cookbook, and there’s no end in sight. These cards are super powerful and look to be among the strongest new additions from Modern Horizons 2.

A repeatable discard outlet on a one mana artifact is not something we have seen before in Modern, and opens up whole new realms of deckbuilding with graveyard and discard synergies. But Asmora herself is where things really go crazy, turning all of your Foods into zero mana removal spells. Oh and she’s also a 3/3 for one, who brings The Underworld Cookbook with her! There’s a lot to explore and also a ton of puzzles to solve, from combo to aggro to midrange engines. Let’s start the feast!