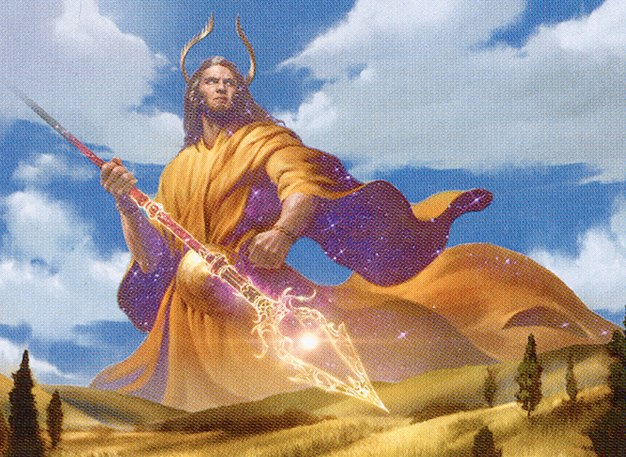 All things must come to an end, and for Mox Opal, that end proved to be a rather unceremonious bludgeoning with the ban hammer in Modern. Also banned are Oko, Thief of Crowns (yet again) and Mycosynth Lattice (thank you, next), the largest shakeup in Modern since… the printing of Throne of Eldraine. The crew pours one out for the fallen victims of last week’s B&R, and takes another look ahead at promising new printings from Theros: Beyond Death.

But while the sun sets on an entire era, another sun rises, in both Modern and Pioneer — specifically Heliod, the Sun-Crowned, who is perhaps the most hotly anticipated printing from Theros: Beyond Death. Heliod’s infinite damage combo with Walking Ballista has echoes of Saheeli Felidar, or even (some say) Splinter Twin. Can the new God possibly live up to the hype?

In truth, Heliod Ballista is an enormously mana intensive combo, but there are sneaky tools available to shave on mana costs and arrive at a leaner, meaner 1-2 combo punch. In Modern, this can also mean eschewing Ballista altogether, and instead pursuing infinite life with Spike Feeder or Kitchen Finks. And if that fails? Well, nothing says we can’t turn our 5/5 indestructible beater sideways. Will any of these decks rise to glory? Let’s find out!