Why Your Pet Card Is Not Pioneer Playable 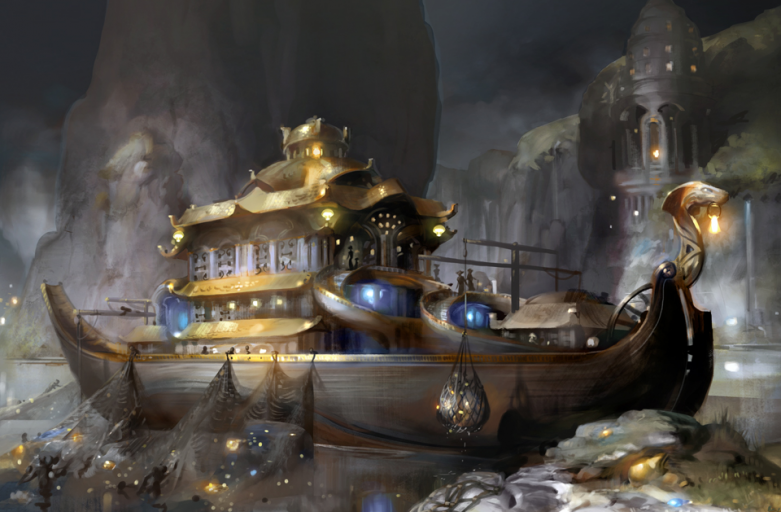 Pioneer can be thought of as dominated by a handful of pillars of the format. These pillars make up basically every successful deck. So, when we talk about a card being at the “Pioneer power level,” we need to be careful with that phrase. Pioneer power level DOES NOT mean that something isn’t powerful enough for Modern but is very powerful in Standard. Instead, we should ask the following question:

If the answer to these questions is no, then the card is not Pioneer playable, regardless of its “power level.” This means that the first step in card evaluation is understanding the pillars of the Pioneer format.

The Six Pillars of Pioneer

These are not necessarily in order of power level.

Decks built around this pillar do a bunch of cheap stuff that digs through their deck xerox-style, or trade resources 1 for 1. Eventually they cast a cheap delve spell like Treasure Cruise or Dig Through Time which gives them the card advantage they need to win. Most of these decks are playing Consider. The ones that can, play Expressive Iteration.

Right now, Phoenix is the best of these decks, although it wouldn’t surprise me if Lotus Field is actually the best deck in a vacuum and people just choose not to play it.

Alpha all star Llanowar Elves with his best buddy Elvish Mystic are still getting it done. These decks are all based around playing an Elf on turn 1, and then quickly playing 3-4-5 mana beaters ahead of schedule.

Right now Winota seems to be the best of these decks, followed by Gruul often ramping up to Embercleave and Glorybringer. The reasons we missed on the werewolves improving Winota are A) we didn’t understand how it would improve the deck when they didn’t draw Winota (the huge glaring weakness always) and B) the Winota trigger now finding Brutal Cathar, a human that delays Thing in the Ice, is actually a huge swing in its matchup with Phoenix.

Decks to continue to explore in this space: None come to mind. Winota as a one card win is super powerful and the threat packages in the other shells are well characterized. On the other hand, it’s easy to see if a newly spoiled card is better than existing options here. Mono green splashing a 2nd color for disruption (blue or black) could perhaps adjust if they tech out appropriately against a known metagame.

Pillar #3: Lurrus of the Dream-Den

The worst design mistake in the history of Magic continues to fuel decks that want to play a bunch of cheap permanents anyways. Not quite as backbreaking in Pioneer because there is no Mishra’s Bauble, etc. There are actually a wide variety of shells that try to use Lurrus, although only a few are very common.

Burn and Rakdos seem to be doing well right now. Auras in particular has really fallen out of favor.

Decks to continue to explore in this space: Lots of them! Orzhov Humans(now with Thalia!!!), BGx decks (we have featured some of the wilder 5-0s in past weeks, often involving the graveyard in some function), Rally the Ancestors Zombies, Valki Release to the Winds, the list goes on and on. It is very easy to eliminate huge swathes of spoilers for these shells based purely on mana cost.

These are decks that work around the terrible mana in Pioneer and try to just play a pile of the good cards. This usually requires playing a tapped Triome on turn 1. Turn 2 is your chance to start playing catchup, and then hopefully you are locking in your engine pieces by turn 3, 4, or 5. Sometimes these decks play Yorion, although it is not necessary.

Incarnation seems to be the best of these currently. The rest have really struggled of late.

Decks to continue to explore in this space: This is where I spend a lot of my time brewing. Bring to Light shells, any deck with Omnath, decks trying to accelerate to mana engines like In Search of Greatness or Fires of Invention, flash decks with Growth Spiral, any deck trying to cast Alrund’s Epiphany.

These decks are trying to take advantage of Collected Company giving them a clean 2 for 1 with tempo. They hope to use Company to find synergistic pieces to push them over the top.

Spirits continues to be the most underrated deck in the format. Citadel also puts up a lot of great results. Haven’t seen the hatebears shell in a while (Archon of Emeria, Elite Spellbinder, Scavenging Ooze, Reidane, God of the Worthy) but I think Thalia, Guardian of Thraben makes a ton of sense with what they are trying to do.

Decks to continue to explore in this space: Again, our threat packages are very well defined, so it’s hard to come up with something new.

Once a defining feature of the format, you don’t see these too much anymore. Thoughtseize in particular is not great against Treasure Cruise. A lot of times these cards are played in Yorion + removal shells, as they are cheap ways to trade card for card, giving you time to extract your value out of Yorion.

Vampires has had better results than Mono Black Aggro of late, with Sorin, Imperious Bloodlord always threatening to put any juicy high mana value vampires into play on turn 3. Hopefully the new vampire set has something to give it a boost.

Decks to continue to explore in this space: The Mono Black space is well explored, but this package can be strapped to other colors as needed. Yorion + sorcery speed removal will be a thing as long as the answers are good enough for the threats.

Obviously, some decks dip their toes into a few pillars at once.

Dimir Control plays Fatal Push and some number of Thoughtseize after sideboard, alongside Dig Through Time.

Decks to continue to explore in this space: Finding ways to combine these shells is kind of the bailiwick of the Faithless Brewing Podcast and is the source of a lot of our best results.

Most of the successful lists that fit here are one of the above decks that doesn’t play the flagship pillar card for one reason or another, such as Mono Red without Lurrus or Azorius Spirits without Collected Company. There are also lower tier, less played decks like Storm Herald Combo, Jeskai Yorion Transmogrify, and many others.

Go Forth and Brew

Pioneer continues to be a brewer’s paradise. The game play is compelling, the metagame is organic, and brewing and innovating is rewarding. With Innistrad: Crimson Vow releasing this week, there has never been a better time to try your hand at Magic’s best format. Just be sure to keep these format pillars in mind when putting your pet cards into Pioneer decks.

David Robertson masquerades as a law abiding citizen-scientist, but in truth he is constantly brewing up wild lists in his rogue chemistry lab in Minneapolis. He is resident brewmaster and co-host of the Faithless Brewing Podcast.