The Girl on Fire: Chandra Is Dressed to Kill in Every Format 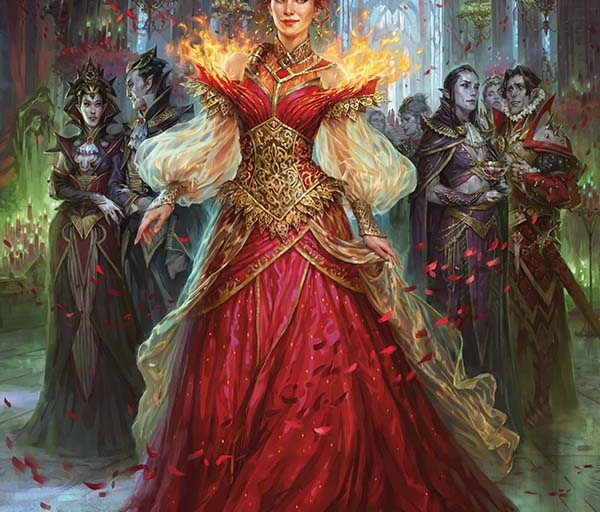 Chandra, Dressed to Kill is born to slay. The Girl on Fire is already making waves in both Modern and Pioneer, finding success in Obosh Red and Chonky Red shells respectively. The unique combination of making mana and drawing cards is rarely seen on planeswalkers, much less at three mana. Dan and David have some ideas for additional ways to exploit Chandra’s skills, including dusting off Chandra’s Incinerator and Bard Class.

On the Flashback, Galvanic Iteration showed a ton of promise in Modern, but many more iterations will be required before the right build is found. Zach made great headway on the Taking Turns shell, but finding the right combination of planeswalkers and turns spells has been challenging. Meanwhile, Damon tried a Blue Moon shell, and Dan learned hard lessons about copying spells in Mill.

In Pioneer, David sought to pull back the curtains on the Revealing Eye, using Concealing Curtains as a flexible Thoughtseize replacement in multiple shells that benefit from an early defender. Have you ever flipped Concealing Curtains with a Notion Thief in play? It’s almost Christmas, so treat yourself to these sweet new brews!