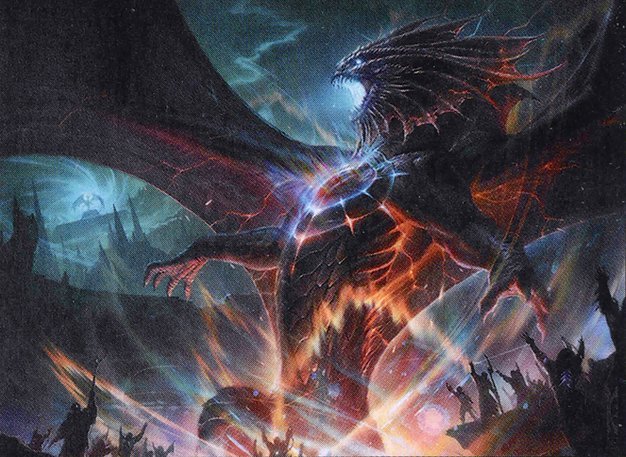 Dan has a chip on his shoulder and is eager to prove the haters wrong about Niv-Mizzet Reborn, his pick for War of the Spark sleeper hit in Modern. But how to make use of a 5 mana engine? How to build the rainbow mana base? And what two-color cards are we even trying to cast? We discuss several possible sketches, including Turbo-Ramp, Golden Hatebears, Niv to Light Control, and GBx Rainbow Rock.

On the Flashback, we discuss our results after a week of testing Bant Monkeyform, including a 5-0 competitive league and top 8 at an SCG IQ. Not too shabby! The deck is sweet and appears to have legs, and tails, and fins (or whatever frog-lizards have).

Let the Dragon ride again on the winds of time!