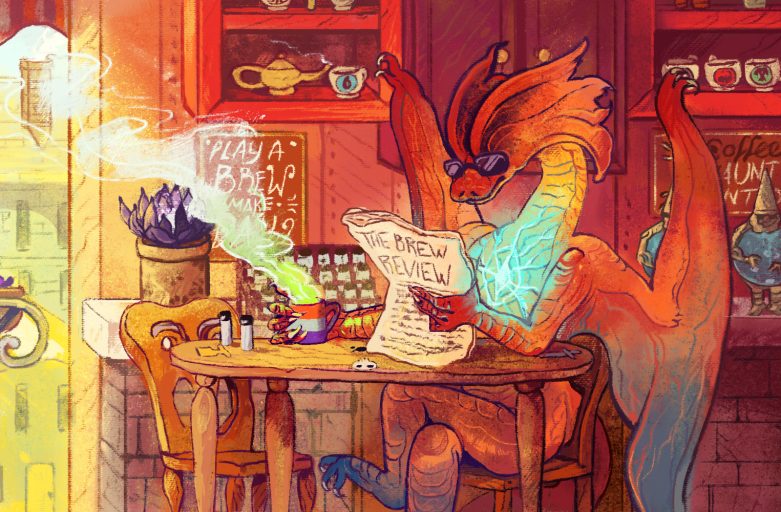 One of our favorite episode types on the Faithless Brewing Podcast is called the Brew Review: a segment in which we invite listeners to send in their spiciest creations for us to analyze on air. Often, these episodes coincide with guest appearances by luminaries like Urchin Colley (Episode 70) or Gerry Thompson (Episode 86), whose insights help us tweak out these concepts and perhaps get them pointed in the right direction.

One constant? We always end up with more sweet submissions than we have time to cover on air. Today I’m going to take a look at five more decklists that were sent in for consideration in our most recent edition of the Brew Review. There’s a lot to dig into here, so let’s get straight to the lists!

Do you want to play Uro, Growth Spiral, and Field of the Dead, but you don’t want to be “meta”? Well then let me offer you the only Uro/Ramp/Field deck that offers a mill kill condition as well!

One shocking thing about the Escape mechanic is that it turns self-mill into its own reward. Very few decklists have fully reckoned with this yet. Previously, self-mill was reserved for only the most all-in strategies like CrabVine — decks that lived and died by the graveyard, and played a high density of graveyard payoffs.

BJT’s brew goes a different route, adding a light touch of self-mill to the ultra-powerful Lands core. Here, a single Hedron Crab potentially represents an Uro and/or a Life from the Loam, which greatly accelerate the Field of the Dead endgame. Opponents are left in a bind: should they focus on removing the Crab and attacking the graveyard, when this is only a small component of the deck?

If anything, my concern is that even this light touch of Splendid Reclamation tips slightly too far in the graveyard direction. Having had the pleasure to face off against BJT’s brew in the Faithless Brewing Community League, I found that my Soul-Guide Lanterns provided more disruption than I would have initially guessed. Partly this is because slots that might normally be given over to the raw power of Primeval Titan are instead spent on synergistic pieces like Cavalier of Thorns and Splendid Reclamation.

Ultimately, from a power perspective it’s hard to justify not playing Prime Time. I understand why BJT has avoided it (mostly in the name of keeping things interesting), but I think sweet brews like this one are excellent evidence that the Lands decks would still be perfectly fine even if Wizards of the Coast finally decided to ban Primeval Titan once and for all – pretty please?

Who doesn’t like Pod? Instead of a deck full of weak creatures necessary to combo, this deck uses Retreat to Coralhelm to untap Vannifar. Renegade Rallier can grab a fetch from the grave and get two untaps per activation. Then you can basically draw/play your whole deck. The fail-state is a deck that’s just full of value creatures instead of weird combo pieces.

Odince has submitted a new twist on Vannifar combo in Pioneer — now with more combo!

The “classic” Vannifar chains are designed to get you from 1 drop all the way up to a combo kill, making liberal use of suspicious creatures like Corridor Monitor and Breaching Hippocamp.

Odince cuts away (some of) the nonsense by introducing a second combo piece in Retreat to Coralhelm. This is a clever solution, although I worry that the card does not have much utility on its own. Having played my share of Knightfall in Modern (Retreat to Coralhelm + Knight of the Reliquary) I have been frequently disappointed with the “fair” use of Retreat just as an engine for occasional scrying and untapping mana dorks.

Still, this deck retains a lot of Vannifar’s strengths, and any turn in which you untap with Vannifar + anything else will result in a strong board state with at least a Renegade Rallier, a Bounding Krasis, and Luminous Broodmoth left over (for example), and the ability to continue up the chain for a lethal Kolaghan the next turn. (The sequence is quite tedious to type out in full, but you can see David pilot a similar Vannifar chain in Episode 4 of Rogue Refinery, to hilarious results).

Most tweaks I would make here are small: cut the 2nd Corridor Monitor (1 should be enough), play more Llanowar Elves, a Lurrus for value, and perhaps include Shalai, Voice of Plenty for the option to defend readily against burn. The power level of Neoform / Eldritch Evolution is somewhat of a question mark when you still need your Vannifar to survive a turn cycle unscathed, so I’d consider either playing different creature tutors, or perhaps seeking ways to grant your team haste so that Vannifar can activate immediately.

The biggest change, though, would be to port the strategy into Modern. The transition might not be pleasant, but Modern is a format in which a legitimate 2-card kill exists with Retreat to Coralhelm, and Knight of the Reliquary is a card one that can hold its own under certain conditions. (Not that Knight is good, but the recent successes of Elvish Reclaimer + Flagstones of Trokair should at least make us give KotR a second look).

This might be too much of a home makeover to attempt in this article, but I’d be very interested to see someone take up the challenge!

Why did ancient stirrings and Urza stop being broken in modern? Just trying to break them again.

There’s a lot to like about GeorgieBoy39’s take on Liquimetal Karn. The ability to start picking off lands with Karn’s +1 has proven so strong that virtually every Karn wishboard includes a copy of Coating. (And keep in mind, even if you can’t use Karn’s +1 on a land during a given turn, the Coating can still target a land on upkeep so that Karn’s static will shut it down for the turn).

Once you promote Coating to the main deck though, you run into a “Rule of 8” problem. 4 copies of Karn is not enough to make 3 Liquimetal Coatings reliably good. George addresses this by adding 4x Ancient Grudge, so that now you have 8 big payoffs for drawing a Coating.

But this, in turn, just pushes the problem onto Ancient Grudge. Without Coating, it’s mostly useless, and you only have 3 natural copies of Coating to draw. Karn brings the total up to 7 copies (some of them quite slow), and Emry has a chance of finding a Coating as well.

There’s still a risk of not finding Coating, but George is wise to turn to Ancient Stirrings to fill that gap. I echo George’s question: when did Stirrings stop being great in Modern? Finding either half of the Liquimetal Karn combo is excellent, and you can always grab a land.

Urza is another question, one I don’t have an answer for, but it’s worth noting that Urza also ensures that your Coating can still tap for U if nothing else.

One bit of speculative tech I’d suggest is Thieving Skydiver, perhaps replacing the Ancient Grudges wholesale. These are slightly less efficient but their floor is higher — you can always just cast a Skydiver, whereas Grudge might have no targets. It’s just a tragedy that Skydiver has that pesky “X can’t be zero” clause, so that even targeting an artifact land costs you three mana. I’ve rued this text before in my Drake Whack deck; without it, I daresay Skydiver might be something really special!

The core is Bazaar Trademage + Vengevine + Hollow One. I’m trying to find correct support cast for the deck. Izzet Charm has been good. Merfolk Secretkeeper has been a good enabler and it’s nice to have cheap second creature in exile for the Vengevine.

Haksu offers a new take on the tantalizing package of Vengevine + Hollow One. This duo has been struggling ever since Faithless Looting was banned, and until they do something like print Basking Rootwalla into Modern Horizons 2, it’s hard to see where this strategy will find good enough tools. But perhaps Bazaar Trademage is the secret sauce that has been missing?

Merfolk Secretkeeper is a clever bit of tech borrowed from Sultai Crabvine: the 0/4 isn’t worth much, but it makes Vengevine so much easier to return. It also lets you stash a spell for Reckless Bushwhacker (if Bushwhacker is indeed strong enough for the deck: not a given in a list without Burning-Tree Emissary).

I do wonder if Haksu’s deck could benefit from the Hedron Crab tech of BJT’s list. Crab fills the grave wonderfully for Ox of Agonas and finds Vengevine, which is likely the best card. It’s entirely possible that even a turn 3 Bazaar Trademage into Vengevine + Hollow One might be too slow for today’s Modern, in which case it might be time to abandon the Hollow One angle entirely and focus on self mill.

That said, if sticking with this shell, I’d at least add a second fetchable green source (and possibly 2 more, in case Secretkeeper accidentally hits one). Graveyard hate is likely post board, and it would be a shame to lose the threat of hardcast Vengevines.

Our final submission comes from unpronounceable (a distant cousin of The Unspeakable, perhaps?). Their build is an intriguing mashup of classic Affinity and the equipment package of the Hammer Time lists that have rocketed to the top tier of Modern in recent weeks.

I like the overall concept, but I question specifically the omission of Stoneforge Mystic in favor of two drops like Steel Overseer and Tidehollow Sculler. Without Stoneforge (or Steelshaper’s Gift), this list is forced to take somewhat of a quantity-over-quality approach to equipment, with a full set of Ghostfire Blade in addition to the expected Colossus Hammer and Cranial Plating.

My other reservation is the relative paucity of ways to equip Colossus Hammer. Seven ways to equip Hammer isn’t that many fewer than what the “stock” Hammer Time lists play, but this build seems less happy to mulligan in search of combo pieces when its secondary plan involves beating down with small creatures and small equipment.

I wouldn’t rule this concept out entirely; after all, it took months to find the correct build of Hammer Time, and only after some red herring options like Magnetic Theft were abandoned. Meanwhile, cards like Overseer and Sculler have years of success to recommend them, even if support cards like Ghostfire Blade are less proven.

If you enjoy seeing fresh ideas like these and thinking through how to iterate on them, there’s no better place than the Faithless Brewing Discord community. The path of the rogue brewer can be a solitary one, but you don’t have to go it alone. Thanks for reading and thanks to everyone who submitted lists for this edition of the Brew Review. Happy brewing and see you next time!