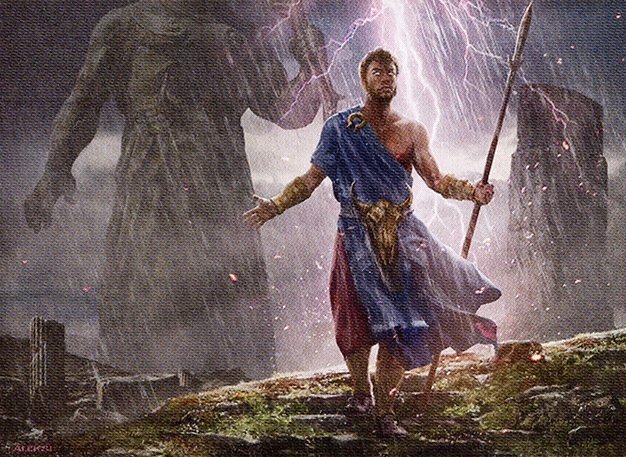 The last time we brewed around a flashy Simic mythic from the latest set release, the 5-0 finishes piled up like candy. Our testing with Uro yielded similar results: no trophies this time, but a giant pile of 4-1s across multiple decks and multiple formats (Pioneer, Modern, and even Standard), from established meta decks to off-the-wall wild brews. Uro is here to stay, even making appearances in Legacy, so pick up your playset now and get ready to start drawing cards, gaining life, and exiling your graveyard in neat stacks of five.

This week, we pivot to a creature with a much less impressive pedigree: the curious rare Storm Herald. The effect on this hasty Shaman is so unique in Magic that the closest comparisons are… Retether? Iridescent Drake? Boonweaver Giant?? When our first pass at the card has us debating the merits of Shape of the Wiitigo, you know you are in for some deep cuts. Whether imitating Goryo’s Vengenace by bringing back an Eldrazi Conscription, or playing the role of the pied piper calling a host of tiny auras all at once, Storm Herald is playing by its own rules in the strange and bizarre world of creature-boosting enchantments. Can this exciting new tool breathe life into the historically underpowered Aura subtype? And will the juice be worth the squeeze? There’s only one way to find out!