Something Fishy: Back Into the Loch with Emry 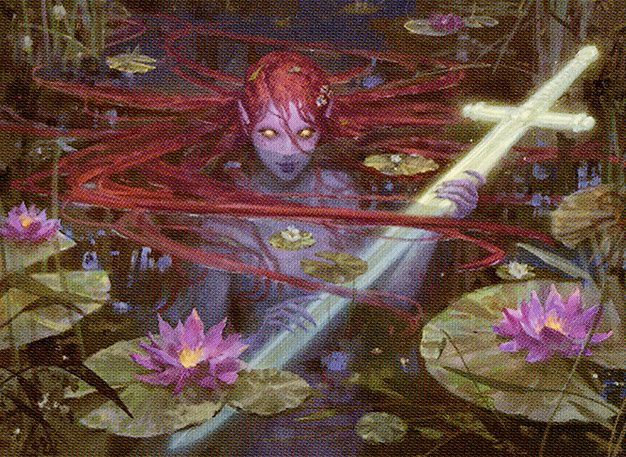 First, there was Stoneforge Fishstick. Then, there was Deathrite Salmon. Coming out of Eldraine preview season, the hype for Emry was considerable, with many ranking her among the very best cards of what looked to be a very strong set. Possible combos with Jeskai Ascendancy, Paradoxical Outcome, and Paradox Engine had us thinking that the lady of the lake might shake things up in Modern, but we had no idea what was coming.

Flash forward several months, and the landscape looks entirely different. Oko joined forces with Urza for an utterly dominant spell atop the Modern metagame, to such a degree that both Oko and Mox Opal were hit with bans. Artifact-based decks in Modern would need to be re-engineered from the ground up. Meanwhile, the Pioneer format was launched, which was merely a twinkle in R&D’s eye when we last featured Emry in Episode 22. Pioneer has seen its own well-documented churn, including bans on Oko and Smuggler’s Copter that have contributed to artifact-based decks not finding much of a foothold in the young format.

The timing seems right, then, to jump back into the loch and see what Emry is capable of. The escape mechanic from Theros: Beyond Death has added new possibilities to Emry’s self-mill trigger, and the value and combo potential of her activated ability remain as tantalizing as they ever were. Can Emry carry the torch for Mox Amber and friends in the new-look metagame of Modern and Pioneer? Let’s find out!

Roundup: The State of Brewing in Pioneer

Number of 5-0 Lists Over Time (via Eric Landes)