Set Review: The Best of New Capenna for Modern and Pioneer, Part 1 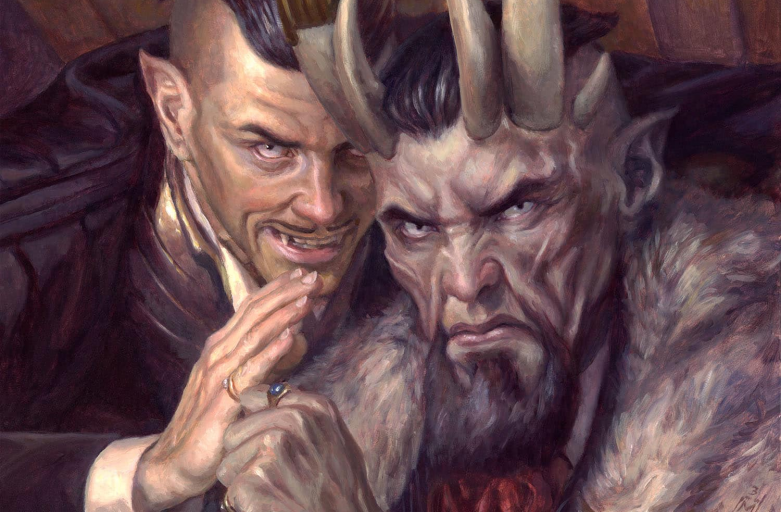 Streets of New Capenna is right around the corner, which means it is Christmas once again for us brewers. This set brings intriguing new mechanics and the return of shards, alongside their respective Charms and Ascendancies. Riveteers Ascendancy is an efficient engine alongside evoke elementals; Grief returning Seasoned Pyromancer seems like the Riveteers dream. Obscura Charm seems built for Esper control, threatening to instantly reanimate a Teferi, Time Raveler – even more so with the aid of Tainted Indulgence, one of the best cards we have seen of its kind thanks to instant speed. Shadow of Mortality gives Calibrated Blast a new angle, while Luxior has combo players dusting off their Saheelis and Devoted Druids.

But more importantly than any spell, the Triomes (even if not called Triomes) are back to finish one of the most important cycles in the last couple of years. Will UW finally splash green now that a Bant triome exists? Is Esper going to make a comeback as the new Charm and Triome push it forward? Only time will tell.

Finally, we can’t forget some of the most powerful Planeswalkers we have seen in a while. Ob Nixilis, the Adversary is a nightmare for control. The capability of playing it on curve and presenting two planeswalkers seems like something most UW decks will struggle to beat. Vivien on the Hunt brings a new Pod chain into Modern thanks to Felidar Guardian. We can dream of Planebound Accomplice allowing for instant turn two wins.

With all of these and more, this is certain to be a fun season of brewing as the formats adapt around the new guests. So, what do you think of New Capenna? Is the power level good enough for our formats? Will it make big waves, or just small fading ripples? No one can say for sure, but it certainly won’t be boring!