Séance: The $3.5 Million Dollar Modern Deck That Never Was 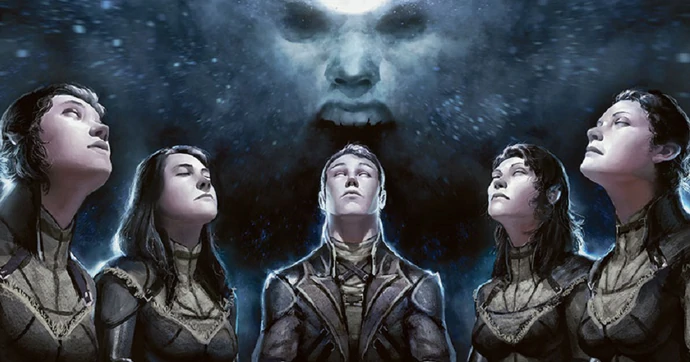 Today on Faithless Brewing we revisit one of the strangest chapters in Modern brewing history: the bizarre saga of “Séance Guy”, also known as u/jobs141910. Seven years ago, a mysterious Reddit user placed a bounty on the card Séance. People could earn cash by uploading video evidence of themselves destroying physical copies of the card.

No rationale was ever provided, but “Séance Guy” was true to their word. In addition to the payouts ($0.50 per copy destroyed, plus $10 flat for the video), “Séance Guy” offered helpful guidance such as “Magic: The Gathering cards do not burn well and kinda stink when burned. Use a fire pit or fireplace for the most convenience for you, but it is possible to slowly burn each one with only a common lighter.”

Eight months later, “Séance Guy” returned with an even stranger request. A bounty of 90.5 Bitcoin was offered to any Pro Tour competitor who managed to pilot a Séance deck to Top 8 in the Modern Pro Tour. In 2017, this represented a $38,000 payout. Today, those 90.5 BTC would be worth more than $3.5 million dollars.

No one took them up on the offer.

What happened next is less well known, but no less interesting. “Séance Guy”, it was revealed in an anonymous Q&A on the Kitchen Table Magic podcast, had even gone so far as to hire a secret “think tank” of Magic pros to research the best possible Séance deck and report on their findings. They had also received threats from players for “disrespecting” the Modern PT, and numerous fake videos in which piles of bulk with a few Séance on top were destroyed hoping for easy payouts.

The kicker in all of this? Séance, as a Magic card, is actually extremely powerful. Though it has become a meme, the enchantment has always been right on the cusp of Modern playability, a finding confirmed by the think tank all those years ago. And the tools to build a great Séance deck have only gotten better and better with the advent of Modern Horizons 2 pitch elementals.

Today, we channel the spirit of u/jobs141910 and attempt to bring Séance back from the dead. We’ve got four new decklists to test: a “classic” Abzan Siege Rhino strategy, a more fashionable MH2 Reanimator pile with Wandering Mind, a Yorion version of the Abzan deck, and a Mardu Ephemerate shell with Fulminator Mage and Ranger-Captain of Eos. Will our efforts finally yield battlefield glory for Séance and get that elusive 5-0? Will our efforts rekindle the spark for “Séance Guy” and summon them back into the fray? There is only one way to find out!

For more Séance content, check out our episode with fellow enthusiast Anthony Mannino, aka IPlayBadDecks: