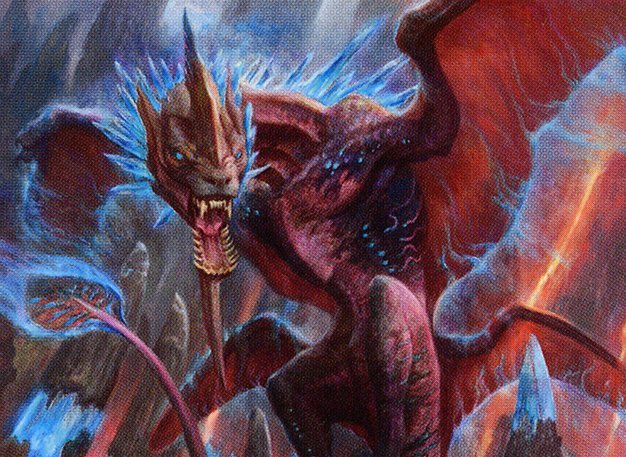 On this week’s Rogue Refinery, Paul, Eilidh and the Faithless Brewing crew set off to learn everything there is to know about Vadrok, Apex of Thunder. Vadrok has made almost zero impact on any constructed format, with just a single 5-0 finish thus far (in a Modern Tribal Flames zoo list). The mutate trigger is clearly powerful, so what’s the issue? Is the card simply asking too much by having a creature in play and a noncreature in the graveyard? Is the card too fair, or is there too much removal in the format? Or is it possible that a good Vadrok deck exists but just hasn’t been found yet?

We’re trying something new this week, with separate videos for each constructed format. So if you’re only interested in one particular format, you can jump straight to that. I do recommend checking out the other segments as well, as we explore different synergies with the card in each format and draw upon lessons learned from each successive attempt.