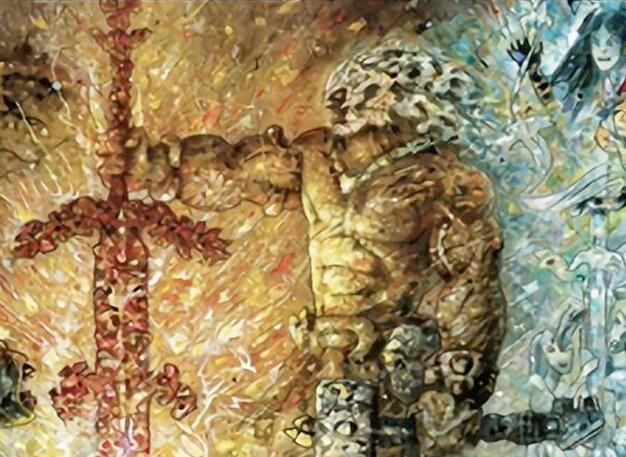 One of the cards that has me the most excited for Modern Horizons 2 is Profane Tutor. While most of the talk surrounding it has revolved around unfair strategies, I’ve been interested in the idea of using this “unfair” card to compliment a totally fair strategy, control.

Okay, so DT (Demonic Tutor) this is not, rather it’s a PT (Cruiser); something that isn’t flashy enough to be banned. But could it still get you around town to meet your friends at an Applebee’s in 2005? We’ll see!

The Case for Profane Tutor

“Hold on,” you may be asking. “Why play Profane Tutor, if Ancestral Visions sees virtually zero play in Modern control decks?”

Why does this matter? With Ancestral, if you want to reliably see a card in a game, you will still need to play multiple copies. With Profane Tutor you can go as low as one and play as if you have five copies in your 60. This allows you to construct your deck in a different fashion, as a Toolbox strategy.

Toolbox Control in Modern: A History

For those of you who may be new to Magic, Toolbox strategies feature a suite of “tools,” i.e. cards that might have narrow applications but are incredibly strong in very specific situations. Since not all of these cards will be useful every game they typically don’t play more than a few copies of each tool. They usually rely on an engine that is able to find the tools in your toolbox. Engine enablers of the Toolbox strategies in Modern have included Birthing Pod, Bring to Light, Chord of Calling, Enigmatic Incarnation, Traverse the Ulvenwald, and Whir of Invention.

This type of strategy has roots going as far back as the original Black-Green “the Rock ” Standard (Type 2 for us old folks) deck that used Vampiric Tutors to find maindeck one-ofs such as Woodripper and Tranquil Grove.

This is a deck I built in 2018 that used Traverse the Ulvenwald to tutor some interesting situational answers as well as an Emrakul endgame.

While I was able to have some success and lots of fun at local FNMs, Traverse the Ulvenwald, the deck’s engine card, was a little unreliable. It was also limited to lands or creatures. Still, I liked the power in the concept and have kept the idea of brewing a similar deck in the back of my mind since then.

This strategy has found success lately in the hands of professional players like Aspiringspike. The deck uses BTL to save on mana by tutoring a Tibalt, Cosmic Imposter as a threat as well as situational answers such as Damnation and Crumble to Dust.

I believe the semi-Toolbox nature of this build gives us the best glimpse of what a Profane Tutor control deck could look like. But why consider Profane Tutor at all? Doesn’t Bring to Light do the same job better? We’ll, let’s look at the differences and see what we can learn:

Putting it All Together

So where does this take us? Here’s my first draft of Esper Control with Profane Tutor:

When building the deck I chose an Esper base since that has been the most successful control color combination in recent months. White gives us very strong situational tutor targets. I am splashing a single Crumble to Dust off of a Raugin Triome, which I think is doable.

One of the challenges is that you have to assume that you will need to take turn two off to suspend your Profane Tutor. I tried to compensate by hollowing out the two slot in the curve as much as possible, leaving only three Counterspells (I count Snapcaster Mage as a 3+ MV card and so should you).

I also tried to maximize the number of free spells in Force of Negation and Subtlety. Normally, I try to minimize these 1 for 2’s in my control decks, but Profane Tutor kind of forces my hand. Also, I added Spell Pierce and Spell Snare at the one M.V. slots. These aren’t normally seen in Esper, but they are popular in Blue Moon shells so they can’t be terrible.

I tried diversifying the choices of threats, since Profane Tutor can find what you are looking for. I estimate that Teferi, Hero of Dominaria is better than Ashiok, Nightmare Muse around 70% of the time, but since I may be using P.T. to find which Planeswalker I want, I figured I should go for one of each. That way, if I find myself in a situation where Ashiok is better, I can get them. The other maindeck toolbox cards include Teferi, Time Raveler, Unmoored Ego, Timely Reinforcements, and Damnation.

Where things really get off the beaten path is the sideboard. I went for a 15 one-ofs build and I feel that if I can survive until turn four in a postboard game, I should be very happy with whatever answer I can pluck out of my deck to give my opponent a difficult time.

I’ll admit, it was a little bit of a guessing game building this sideboard, because I don’t know what the Modern meta will look like in a week’s time. But there are so many options to answer whatever the most popular strategies could be. On my shortlist to keep in mind are Test of Talents, Damping Sphere, Deicide, Wheel of Sun and Moon, Engineered Explosives and more.

I’m excited to put this deck through its paces and see if it can be customized to answer what the format will be asking!

Soren Wellman (1stTurnNegator on Magic Online) has been playing casual Magic since Mercadian Masques and tournament Magic since Innistrad. He is an electrical power systems designer by day and a Dimir deck designer by night. He enjoys all deck archetypes but has a penchant for control mirrors.