Otherworldly Gaze Is the Truth 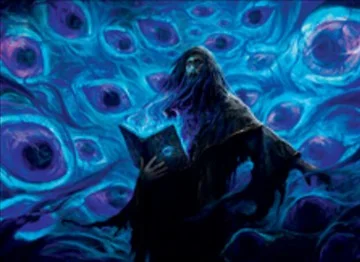 Otherworldly Gaze is the most polarizing card to come out of Innistrad: Midnight Hunt. For some, the very idea of Gaze is anathema. “It doesn’t draw a card,” the skeptics say. “It’s Taigam’s Scamming all over again,” they say. “This effect is never worth a card.”

Haters will hate, but that’s no deterrent for a brewer. The truth is that any card with flashback does secretly say “draw a card” — it’s just that the card you draw is always another copy of your spell. What’s more, flashback is often free if you manage to mill or discard Otherworldly Gaze (say, for example, off your first casting of Otherworldly Gaze or Faithful Mending). Both halves of Gaze are priced to move, at instant speed no less, and we already know that “surveil 3” is very powerful. If we can’t figure out how to make “surveil 3 twice” into a useful effect, that’s a deckbuilding failure, not a problem with Gaze itself.

Our testing last week with Faithful Mending already showed us the awesome power of Gaze, as we notched two 5-0 trophies (17-3 overall) with Jeskai Phoenix. Our build relies on Murktide Regent rather than Demilich, and uses a full boat of Otherworldly Gaze to find Arclight Phoenix and Ox of Agonas. We also tested out variations on Esper Reanimator, and found that Otherworldly Gaze has a nice home in that deck as well.

Today, we are going even deeper. Emboldened by his early successes, cavedan is looking to harness the power of Gaze in a slew of different archetypes in both Modern and Pioneer. There are infinite ways to get value from self mill + card selection, from old favorites like Dredge, Pyromancer Ascension, Miracles, and Crabvine, to new toys like Calibrated Blast and Slogurk, the Overslime. We even get a little wild with brews using Otherworldly Gaze to fuel Titan’s Nest and Willow Geist, or to find Peace of Mind while milling Deathless Knights and Silversmote Ghouls. And even this is just the tip of the iceberg. What other decks might be able to harness the power of the Gaze?