Nuke It from Space: Fallout from the Biggest B&R in History (ft. Arun Singh) 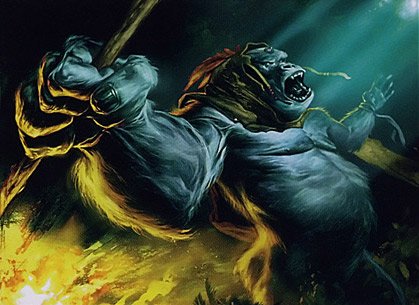 Uro, Titan of Nature’s Wrath is very hard to kill. You can try to fight Uro with this strategy or that one, but the card just keeps coming at you, in format after format. Natural metagame forces were powerless in the face of Uro’s F.I.R.E. design friends. In the end, Wizards took a page from Sigourney Weaver and did they only thing they could: You have to nuke it from orbit. It’s the only way to be sure.

Brewer extraordinaire Arun Singh joins the cast this week to help us make sense of the biggest B&R announcement in Magic history. Five cards were banned in Modern, including a beloved monkey, and the Cascade mechanic was altered to end the brief but terrifying reign of Tibalt, Cosmic Impostor. Five cards were also banned in Pioneer, sending shockwaves through a metagame that now seems completely wide open. Did WOTC go too far with these bannings, or have they perhaps not gone far enough? And what does this all mean for the formats we so know and love?