Never Look a Gift Sword in the Mouth: 10 Brews with Luxior, Giada’s Gift 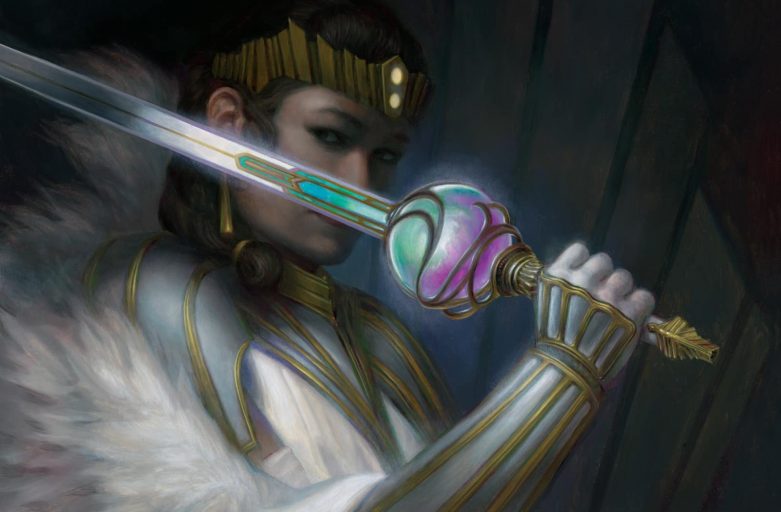 On today´s episode, we witness the return of Daniel Schriever, better known as Cavedan online. Alongside Morde they will explore the limits of his favorite card from New Capenna, Luxior, Giada´s gift. We will look into its potential not only in Modern combos, but also in Pioneer, where the card might find a home that’s a lot more fair than its modern Counterpart.

In Modern we begin by looking at the most obvious combos and begin by discussing a number of Devoted Druid brews. Access to cards like Urza’s Saga, Stoneforge Mystic and Karn, the Great Creator make finding your copies of Luxior borderline trivial, helping increase the consistency of the combo. From there we make our way into Saheeli Rai builds, trying to combo with an equipped Saheeli Rai and an Altar of the Brood, and finally going down the Brewer’s Madness hole into some Liquimetal Coating decks.

However in Pioneer we go down the opposite side of the spectrum. Instead of just trying to outright win the game by equipping Luxior, we try to find a way to actually grind our opponents out of the game, using the sword as a mana efficient finisher in our Planeswalker filled control deck. Or what about using it as a way to speed up our clock in a Gideon based aggro deck?

Luxior feels like a card with a lot of potential and the only question is if we are going to manage to find all of it. Will we be able to find Luxior a home?, Tune in to find out.