Modern Set Review: The Compleat Brewer’s Guide to Phyrexia: All Will Be One 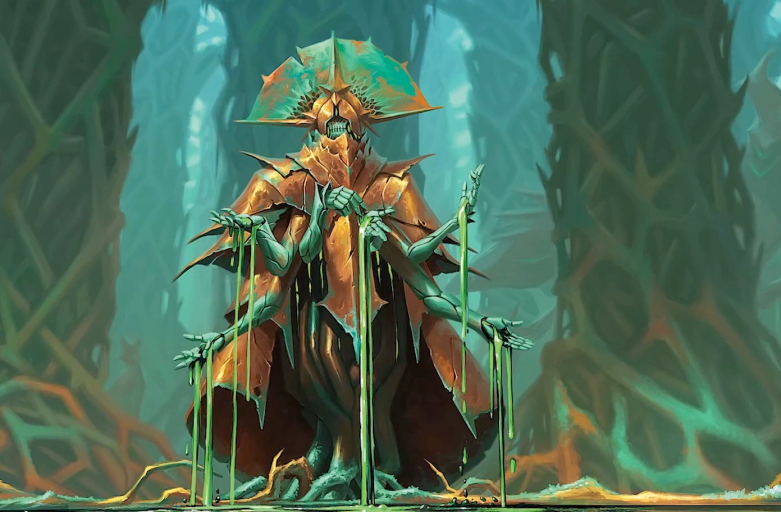 Behold blessed perfection! With Phyrexia: All Will Be One finally revealed in all of its machine glory, we are ready to dive into the glorious work of brewing. Today on Faithless Brewing we present our Modern set review. (This time around Pioneer will be treated separately, so check out our next episode if you are interested in that format).

Two cards stand out immediately for their high potential in Modern. The first is Venerated Rotpriest, a 1 drop that could bolster traditional Infect strategies. More importantly, Rotpriest may be powerful enough to spawn a new Storm archetype. Thanks to Summoner’s Pact, Ground Rift, and free spells, it’s possible to assemble a lethal combination consistently by turn 3. Spellskite not only runs interference but doubles as additional copies of the Priest for purposes of accumulating triggers.

The Mycosynth Gardens is enticing in Amulet Titan as a way to set up double Amulet kills. While the Titan experts run their experiments, we can also contemplate other cheap artifacts that might benefit from low-cost doubling. Rarely do lands offer so much brewing potential at such an efficient rate.

Beyond those two blue chips, several other cards cards could upgrade existing strategies. Gleeful Demolition gives critical momentum to “whack” strategies alongside Kuldotha Rebirth, Jace, the Perfected Mind is a new toy for Mill with lots of optionality Soulless Jailer improves upon Drannith Magistrate, and the black Skullbomb is a clean 2 for 1 for Urza’s Saga.

Beyond the known strategies, Phyrexia: ONE also offers enticing brewing targets for the adventurous. Atraxa, Grand Unifier may be the new premier threat to cheat into play. Tyvar, Jubilant Brawler and Nahiri, the Unforgiving open up new brewing space on three mana planeswalkers, while Capricious Hellraiser can fit into fair and unfair strategies alike. And don’t rule out the Mother of Machines herself: while Commander players wring their hands over Elesh Norn, her impressive powers may well extend into 1v1 formats.

For a standard set release there is a lot going on beneath the surface, and plenty to keep our attentions occupied in the eternal formats. What cards do you have your eye on? Are there any Modern contenders we are still sleeping on?