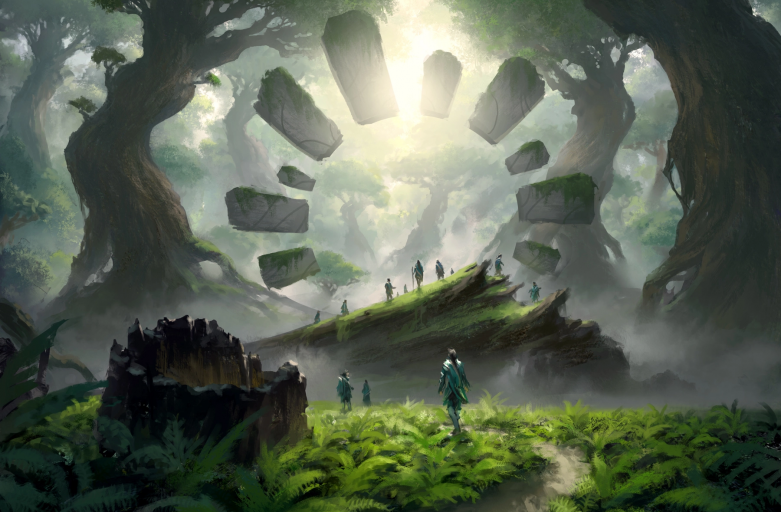 The Modern Leagues and Weekend Challenges on Magic Online are a constant source of fresh technology. While we like to highlight our Picks of the Week each Friday on the Faithless Brewing Podcast, there is never enough time to cover all of the spicy innovations on air.

On to the lists!

We’ve got Urza’s Saga on the brain lately, and for good reason. The newly previewed card has a mountain of cool tricks up its sleeve and could well reshape the Modern format. Among the cards Saga can fetch up? The entire Lantern Control toolbox.

This card is powerful and could very well break Modern, but it has many tricky interactions.

Let’s go down the rabbit hole and see what this card can do. 👇

For those curious what Lantern looks like in the post-Mox Opal era, AngledLuffa is a reliable guide. Their version, which trophied again last week, uses three copies of Urza, Lord High Artificer and a light Thopter Sword package on top of the usual discard, mill rocks, and Ensnaring Bridge. A deck like this would need to significantly evolve its mana base to support Urza’s Saga (perhaps dropping green?) but this is a good starting place.

AngledLuffa’s sideboard includes some truly spicy 1-ofs, from Padeem, Consul of Innovation, to Notion Thief, to EDH standout Sen Triplets. What are these unique creatures for?

For the second week in row, some Amulet Titan players have found success with a Lessons package enabled by Field Trip. KingCantona’s build opts for a light touch, prioritizing removal and Basic Conjuration. I never thought we’d see Introduction to Annihilation in constructed, but when mana is no object and only one card stands between your Titan and victory, it gets the job done.

Other successful versions play the full four copies of Field Trip, and a wider range of Lessons like Mascot Exhibition and Pest Summoning. I feel we are only beginning to scratch the surface of the Lesson mechanic, and it’s encouraging to see it doing well.

Speaking of Amulet Titan, this re-imagining on GW Reclaimer Titan took first place in the Sunday Challenge. Field of the Dead may no longer be around to anchor the strategy, but Elvish Reclaimer, Flagstones of Trokair, and Eladamri’s Call are still great. This version uses the explosive Amulet package, now with 10 virtual copies of Titan, to shore up its primary plan.

Boros master ice_nine_ strikes again with their signature “LIBOR and Taxes” brew, this time making Top 32 in the Saturday Challenge. By some metrics, this deck is a curiosity, but there’s no arguing with ice_nine_’s track record of tournament success, much less their 60 (!) page primer detailing the ins and outs of the strategy.

Years of tuning has gone into this deck, and here we see the rewards of making small adjustments: more Ousts, fewer Lightning Bolts, and three maindeck Suppression Fields to punish fetch lands, Baubles, and planeswalkers alike. I’m just puzzled by the Thoughts of Ruin in the sideboard. When does that come in?

Through the Breach is having a moment in Modern, with multiple Izzet builds doing well in Challenges. Prismari Command seems to be spearheading this renaissance, helping Breach players dig for combo pieces while also threatening Turn 4 kills off a surprise Treasure token.

This 4c version from newmedicines19 takes Emrakul Breach even further and borrows technology from Polymorph/Indomitable Creativity decks. Dwarven Mine + red fetches ensures a steady supply of Creativity targets, and a full playset of Timely Reinforcements holds aggro decks at bay while also providing Polymorph fodder. There’s some tension here with a mostly sorcery speed deck that also relies on Remand, but early Emrakul is so consistent in this build that it may not matter.

Sedgemoor Witch is our brew-around card this week, and here is another cool way to use it. Smallpox profits off Flagstones of Trokair, and works nicely with Lingering Souls and the Bitterblossoms in the sideboard. Sedgemoor Witch provides additional tokens to sacrifice, and wields Swords fearsomely thanks to menace and ward.

Is Sedgemoor Witch worth surrendering Lurrus as your companion? We crunch the numbers on five new builds for the black Monastery Mentor.

Listen on Spotify, Apple, or wherever you get podcasts 👇 pic.twitter.com/rbKoo3Sb4q

This is a deck that could easily play Monastery Mentor in the same slot as Sedgemoor Witch. It’s likely too soon to say which is better, but I could imagine this build getting lots of use from the incidental Pest lifegain, especially when in Bitterblossom mode.

The Lurrus Rogues package has been hanging around the fringes of Modern for some time now. Thieves’ Guild Enforcer and Soaring Thought-Thief are a solid start, but more support creatures are needed to really become a well rounded tempo deck.

This version from yumad3988 solved the equation by using playsets of Death’s Shadow and Scourge of the Skyclaves. These are enabled mainly by fetchlands and two copies of Dismember, with a large assist perhaps from the current prowess-heavy metagame. If the opponent’s only path to victory is through your life total, Scourge and Shadow are some of the punchiest answers you can pack.

Naya Zoo is a mostly extinct archetype, but it seems that Cammy2070 didn’t get the memo, piloting this throwback 4c list to a 5-0 league finish. The newer inclusions are Wrenn and Six, here powering up Tireless Tracker, and a full three copies of The Royal Scions. Scions can be quite threatening when buffing green beaters like Tarmogoyf or Knight of the Reliquary, but are they really worth the blue splash?

I doubt this deck is a serious contender but it’s always nice to see the Nacatls have their day in the sun. Even the Knightfall Combo with Retreat to Coralhelm makes an appearance!

Finally, we have another Sedgemoor Witch sighting, this time in the sideboard of musasabi’s Challenge Top 32 Inverter deck.

Dimir Inverter terrorized Pioneer for many months, but has only recently been clawing its way into Modern. Without access to Dig Through Time, Modern Inverter must use Relic of Progenitus and Tasigur, the Golden Fang to keep the graveyard tidy before performing the Inversion.

But it’s not all bad news: the Modern build also gets to use Shelldock Isle to stash a key spell, which can then be played after Inverter of Truth works its magic. This deck looks like a ton of fun to play with and a nightmare to play against: exactly the kind of decision-heavy decklist that a veteran player like musasabi thrives on.

Another weekend, another batch of awesome decklists. And the best part? This week, we get to do it all again. There’s bound to be shakeups in Modern soon with Modern Horizons 2 rapidly approaching, but in the meantime the best new Strixhaven technology is waiting to be discovered. Happy brewing!