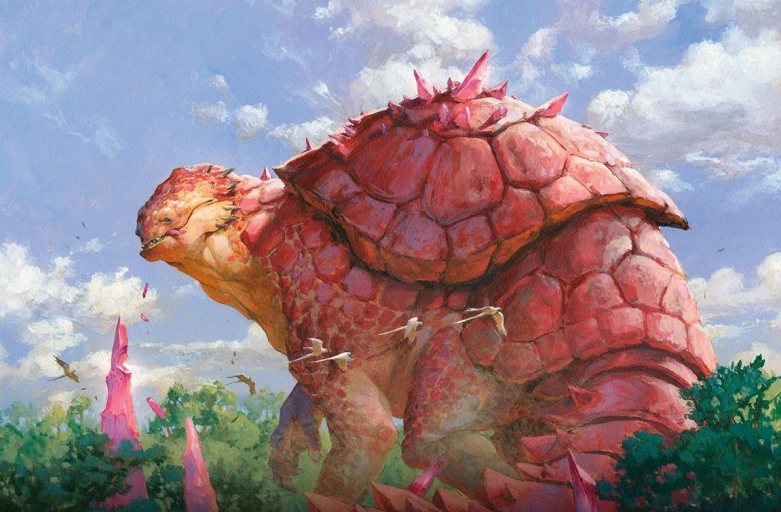 Looking for something spicy to play in Modern in the weeks before Modern Horizons 2 is available to play? You’ve come to the right place! Each week, we comb through the various published decklists from the Magic Online Modern League, Challenges, Preliminaries, and Super Qualifiers looking for the most interesting brews.

These are not meant to be the most competitive decks of the week (although some of them did indeed place highly in big tournaments). Rather, these are the lists that caught our eye for their unusual choices or innovative technology. Modern is in a great spot right now, with a constant pace of innovation, and it’s sure to get even more interesting in the coming weeks.

Looking for something 🌶️🌶️ to play in the weeks before #MTGMH2?

Here are the 10 most interesting lists from this week’s Modern Challenges, Leagues, Prelims, and Super Qualifier.

As a reminder, you can follow us @FaithlessMTG to get these roundups as soon as they drop. And if you find this content helpful, please give our threads a like, comment, and retweet. It’s an easy (and free) way to support us while helping our content reach new people who might find it valuable. The various algorithms appreciate it, and so do we!

With that said, on to this week’s lists.

It’s always a treat to see a forgotten Modern card like Wood Elves show up not just in a published list, but in a Challenge winner no less. Wood Elves don’t look like much, but a Rampant Growth attached to a body is the perfect effect for this Ponza strategy looking to exploit Lukka, Coppercoat Outcast.

Lukka has unique skills, granting a Polymorph effect while still allowing you to play mana dorks and have a robust early game. Since Lukka only finds creatures of higher mana value, any 3 drop in the deck can be converted to Emrakul, the Promised End.

This is an interaction that has excited us since Ikoria was first previewed, and we dedicated a whole week to Lukka brews, so it’s very exciting to see the strategy finding success.

Jeskai Pyromancer Ascension is a rarely seen strategy, but Draccon136 cracked the Top 16 of a Challenge last weekend with the help of some new Strixhaven tech. Prismari Command provides a small amount of interaction, but more importantly loots two cards to turn on the Ascension and dig for important pieces.

There are no infinite loops here or Noxious Revival nonsense, but that doesn’t mean this deck doesn’t have tricks up its sleeve. Sprite Dragons out of the sideboard can take opponents by surprise, and Underworld Breach can quickly turn a close match until a blowout.

While Lotus Combo has been a staple of Pioneer for ages, its sister strategy in Modern is far less common. Modern gains tools like Twiddle, Dream’s Grip, and Psychic Puppetry, providing truly stunning amounts of mana once Lotus Field hits play in anticipation of a Storm kill. Importantly, this can all be done with the Lotus Field ETB trigger on the stack; there is no need to pass the turn.

Newer versions of this deck splash black for Wishclaw Talisman. Wishclaw hasn’t found a solid home yet, but it’s unique splitting of costs (only one mana to activate on the turn you are ready to win) make it perfect for a deck that is not doing much of anything apart from finding Lotus Field and assembling the perfect hand. In a pinch, you can also Twiddle the Wishclaw Talisman in response to your own activation to get another tutor before it switches side.

With all the hype for Modern Horizons 2 right now, it seems like Modern Horizons 1 got jealous, and someone convinced aspiringspike to dust off the Soulherders and Watcher for Tomorrows.

I put this deck together and I think it looks pretty dang fun, so I’m gonna fire up an impromptu rainy Sunday stream and play a league or two https://t.co/v51QTfAeUZ pic.twitter.com/k5voP9c3S2

The strength of this style of deck will always depend on how well positioned are its weakest links. Spellstutter Sprite, Watcher for Tomorrow, Elite Spellbinder, and Wall of Omens all have matchups in which they are very poor. On the other hand, this deck gets to play a full boat of Skyclave Apparition and Teferi, Time Raveler.

We are likely to see a lot of Ephemerate in the near future, thanks to the insane combo with Grief, so pick up your playset now and get ready to practice remembering your Rebound triggers.

So you want to win with Yidaro, Wandering Monster? You’re going to need a LOT of time. Four activations is a lot of mana spent doing nothing before you eventually get a Dinosaur Turtle. If that wasn’t slow enough, we also have a playset of Ancestral Vision for the ultimate “no rush” turtle deck.

Blood Moon and Chalice of the Void do most of the heavy lifting in this unlikely 5-0 deck. The lack of Prismari Command is somewhat surprising, as the hand can get easily clogged with Yidaros, excess Chalice of the Void, or extra Blood Moon. Fire Prophecy mitigates this to some extent, but itself is a liability in some matchups.

For those who prefer to win a little more quickly, we have this delightful 5-0 deck featuring Bloodsky Berserker. Bloodsky has very specific requirements: cast two spells in a turn, and get paid off for a large, evasive 2 drop. That likely means playing an aggressive deck, where an unchecked Berserker can close the game in a hurry.

A massive 18 one-drops means this deck is very likely to explode out of the gates (provided it doesn’t get stuck on lands). There are also a few sneaky ways to double spell built into the 75: Carrion Feeder + Gravecrawler, Lurrus + Mishra’s Bauble, and both halves of Claim/Fame all trigger Bloodsky Berserker and keep the pressure high.

Traditionally, Boros has not been great at card draw, but this build actually has loads of it. Seasoned Pyromancer, Mazemind Tome, Cleansing Wildfire, and Nahiri all keep the cards flowing while mucking up the board with tokens as well.

Nine indestructible lands support full playsets of Cleansing Wildfire and Boom/Bust. These do opposite things (ramp you vs. destroy an opponent’s land), but the important thing is that both are strong turn 2 plays that bridge to the midgame. Once you get there, Nahiri, the Harbinger ticks up quickly to a game-winning Emrakul.

If you find yourself paired against this deck, don’t keep land-light hands, and beware of the 4x Chalice of the Void in the Sideboard.

Velomachus Lorehold Taking Turns burst onto the Modern scene a few weeks ago, and has continued to put up impressive results. We are also seeing an impressive stream of iteration and improvement from the archetype’s handful of dedicated pilots. If you’re keen to learn more about this strategy, we highly recommend this exhaustive primer:

The new tech in BigB3N’s build from last weekend’s Challenge is Fires of Invention. Fires makes Savor the Moment much better, and also gives you the explosive burst needed to make Tamiyo, Field Researcher and all star. Chandra, Torch of Defiance offers another route to an early Velomachus while also threatening to ultimate ahead of schedule with a Time Warp or two.

Speaking of iteration, we have… whatever this is. Expressive Iteration is the only 4x in the list, and it’s a fine choice to anchor a pile that looks like it might have been built by Twitch chat.

Each of the cards here are individually powerful, but it’s hard to see how they augment one another. There also seem to be some glaring holes in the interaction, with very little main deck discard and minimal countermagic. But clever sideboarding can fix all manner of sin, and at the end of the day, if it works, it works.

Finally, just for fun, we have a throwback to the old “Value Town” strategy, last seen circa 2017. In fact, this deck doesn’t even play a single card printed after 2017. The basic strategy is to make extra land plays with Courser of Kruphix, Ramunap Excavator, and Azusa, Lost but Seeking, while tutoring up Ghost Quarters off Knight of the Reliquary to disrupt the opponent’s mana. Collected Company holds it all together.

Pilot mpoules1 may have recently awoken from a deep slumber, Encino Man-style, and wandered into a Modern event, but that didn’t stop them from getting the 5-0!

This concludes our Top 10 Modern decks of the week. What will the next week bring? Check out this week’s episodes of the Faithless Brewing Podcast, or follow us on Twitter @FaithlessMTG to get the latest innovations as they happen. Happy brewing!