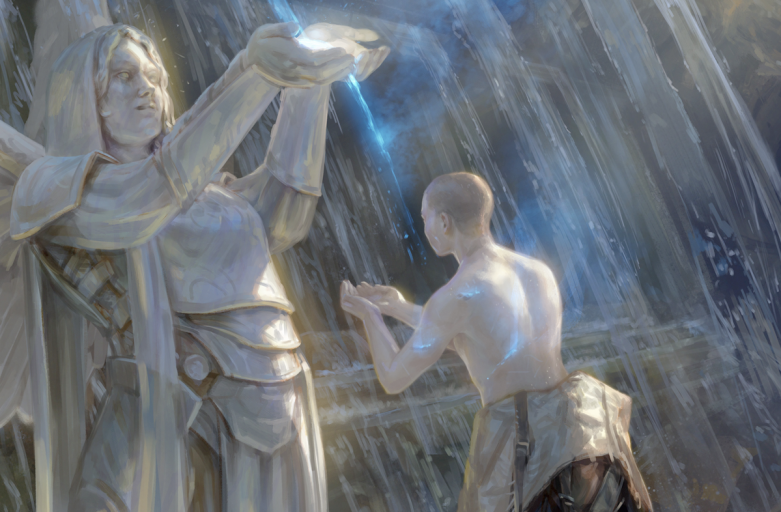 I’ll be honest: I don’t like birds. It seems like Ledger Shredder is everywhere these days, and players in all formats are addicted to casting two spells a turn. What’s worse, those conniving little squawkers get to trigger off MY spells. It’s greedy, and frankly quite rude.

Today on Faithless Brewing we push back against the Ledger Shredder trend. What if we NEVER cast two spells in a turn? And what if we are rewarded handsomely for doing so? Enter Moderation. This forgotten gem from MH2 has incredibly powerful text: “Whenever you cast a spell, draw a card.” Yes, the drawback is debilitating, but a payoff that strong is worth brewing for. And we’ll never have to trigger those pesky Ledger Shredders again.

Recent sets have brought tons of new cards that play nicely with Moderation. Instant speed is at a premium, ensuring that we draw on both halves of the turn cycle. Solitude, Force of Negation, Subtlety, The Wandering Emperor, and March of Otherworldly Light are a great start. Teferi, Time Raveler is at the peak of his powers , and he lets us bounce Moderation when we are done with it. Beyond that, we have sneaky effects that use mana without casting spells: channel lands (Boseiju, Otawara), cycling (Shark Typhoon), and even eternalize (Timeless Dragon) all work great. The pieces are in place, so let’s see if there’s a great Moderation deck to be discovered.

On the Flashback, our testing with Fight Rigging from last week also pushed us into anti-Ledger Shredder territory. What’s a great card against both the 1/3 flier and the Spirits deck that is trending up right now in Pioneer? Kraul Harpooner! This techy little insect is a great sideboard card right now, and its ETB can also trigger Fight Rigging all by itself. We share our findings with the unique hideaway enchantment, and suggest more directions to explore.