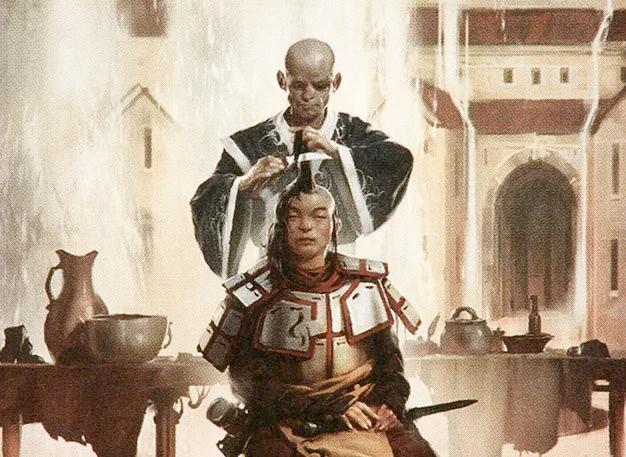 Today on Faithless Brewing we return to Pioneer to brew up new lists in the Grixis colors. Corpse Appraiser has been the standout card thus far, appearing in both midrange shells and a new style of Vampires. But David has his eye on spicier interactions. His first build turns to Maestros Ascendancy as a resilient engine to complement the Young Pyromancer / Sedgemoor Witch package. Then he dusts off Heart of Kiran as a way to navigate the changing removal suite in Pioneer and the shift to aerial combat.

After that, we turn to some oldies but goodies. The 1-2 punch of Charming Prince and Extraction Specialist has potential, and David thinks Humble Defector could complete the three-way synergy. Rielle, the Everwise has new toys thanks to Ledger Shredder, Collective Defiance and the channel lands. Shigeki, Jukai Visionary is a powerful mana sink to complement Fires of Invention, and for the Sultai stans there’s even a midrange brew with Sidisi, Brood Tyrant.

Which of these decks has the right skills to compete in today’s metagame? There’s only one way to find out!