Leyline Binding Is the Truth 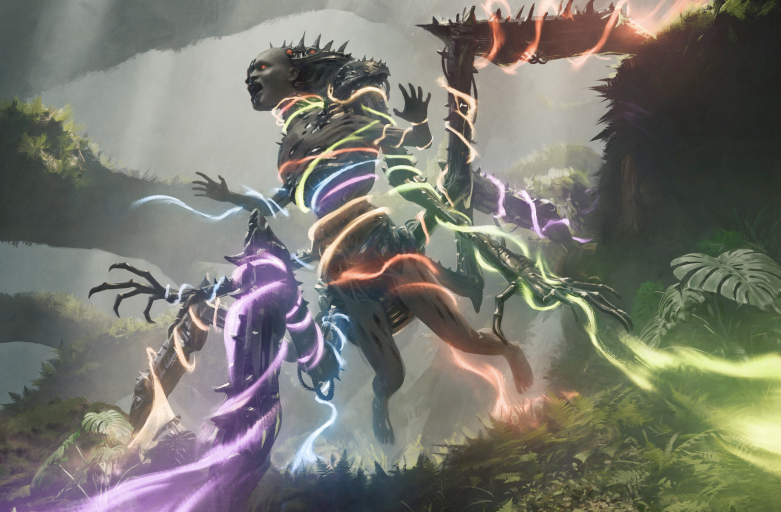 So here’s the deal. Oblivion Ring for a single white mana, at flash speed, is an unreal Magic card. It’s so insanely powerful that when we first discussed Leyline Binding, many listeners thought it was fake. Had we been duped by the folks at r/custommagic, they wondered? And it’s a fair question. It’s not every day we get a removal spell that can rival Swords to Plowshares.

Not only is Leyline Binding very real, it’s also the real deal. But don’t just take our word for it. Now that Dominaria United is available online, it’s time to put theory into practice and set this card loose on the hapless Modern and Pioneer metagames.

We see Leyline Binding fitting into several existing Modern strategies: 4c Omnath, UWx Control, Reanimator, Indomitable Creativity, Domain Zoo, and Crashing Footfalls, to name just a few. It may even revive the Enigmatic Incarnation deck, thanks to its nutty ability to tutor a 7 drop directly into play. Swords to Plowshares with combo potential? You bet. In Pioneer, Enigmatic is a much more proven deck, and 5c Niv is also well set up to support Leyline. You can even go for synergistic nonsense like In Search of Greatness, Zur, Eternal Schemer, or Resurgent Belief.

Building a Domain manabase is no mean feat, but the rewards have never been higher. Not only do we get Leyline Binding, but also there is Shadow Prophecy, a juiced up Fact or Fiction that can fill your graveyard on the cheap while providing card advantage and selection. Morde and Cavedan are high on Prophecy, but can it crack the top tier of Modern? There’s only one way to find out.