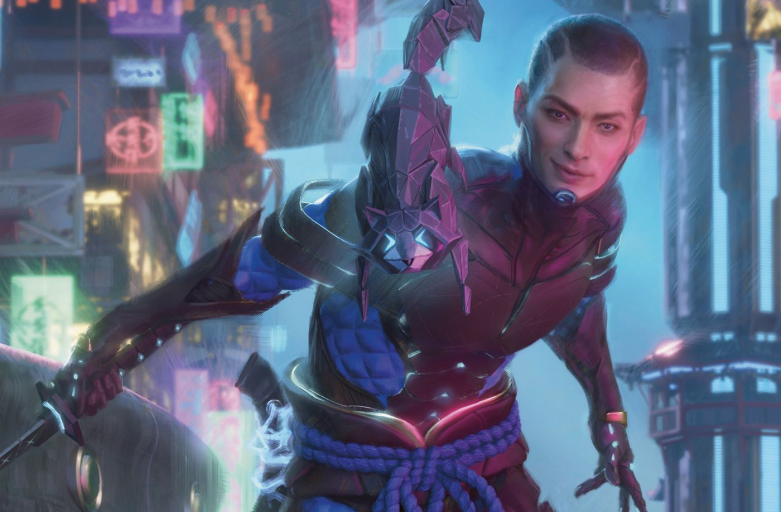 New Capenna previews are popping off, but it’s still several weeks before we can actually test these cards. Instead, today on Faithless Brewing we close the book on Kamigawa: Neon Dynasty with five new Pioneer brews.

Kaito Shizuki has tantalizing skills for a three mana planeswalker. We already explored him as a looting outlet for reanimator and a token generator for Transmogrify, but what if we just want him to be a straight up Howling Mine? David’s Sultai Draw 2 list puts Kaito to work in a tempo shell alongside Jolrael, Mwonvuli Recluse and Suspicious Stowaway.

Invoke Despair is a big effect with a difficult mana cost. Where Modern has Cabal Coffers to power out the mini-Cruel Ultimatum, in Pioneer we turn instead to Fires of Invention. Grixis Invoke Despair Fires takes tap-out control to its logical extreme.

Tezzeret, Betrayer of Flesh kicked off our Kamigawa season and saw limited success in early builds of Esper Greasefang. But are there other things Tezz can do? The package of Moonsnare Prototype, cheap artifacts, and Clue tokens lets Tezzeret flex his full skill set in UW and Bant midrange lists.

We also kick things off with 1k tournament reports in Legacy and Modern, a discussion of graveyard decks in Modern, and the rest of the Charm cycle from Streets of New Capenna. Timestamps are included below so you can find exactly what you’re looking for.