Going Platinum with The Book of Exalted Deeds 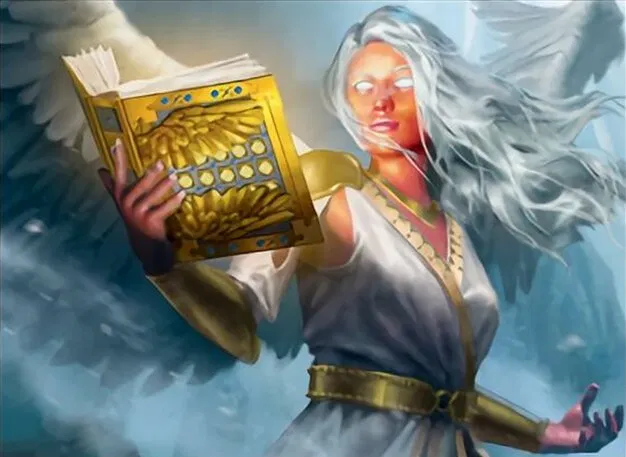 The Book of Exalted Deeds is so powerful it is banned In The Future. Okay, maybe Standard 2022 Best-of-One isn’t the best indicator of power level, especially when the stated reason for the ban was the annoyance of the card rather than its win rate. But hey, they said that about Tibalt’s Trickery too, and look how that turned out.

The combo in question involves using The Book of Exalted Deeds to bestow the Platinum Angel clause on an honorary Angel like Mutavault or Faceless Haven. If they make it back safely to their land mode, they become very tricky to remove, potentially shutting out some opponents cold. In the meantime, Book can perhaps spit out some 3/3 flying Angels to take care of business on the battlefield. It’s a potent combination in Standard, but does Book have the right skills for older formats?

We kick off this episode with a celebration of Zach “Manacymbal” Ryl’s latest musical achievement, which is linked in its entirety below. We also review our testing results with Esper Sentinel, Orb of Dragonkind, and Iymrith, Desert Doom on this week’s Flashback.

[2:10] “Cards on the Modern Banlist” by Manacymbal