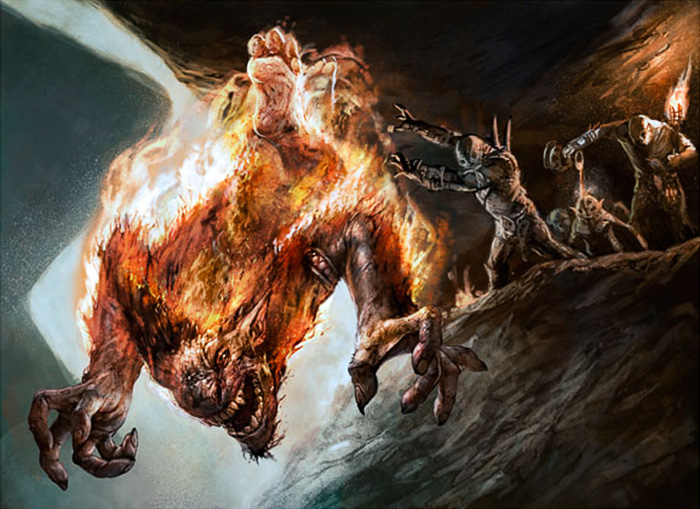 Infinite combos can be found in the most unlikely places. Today we take a look at a combo buried deep in the common roster of Dungeons & Dragons: Adventures in the Forgotten Realms. It all starts with Shambling Ghast, an unassuming 1 drop that looks at first glance like a minor upgrade on Festering Goblin. Creatures like this typically specialize in pikcing off opposing 1 drops (looking at you, Ragavan), but Shambling Ghast is different. When it dies, you can create a Treasure, which happens to be exactly enough to cast another Shambling Ghast. This has the making of an infinite combo loop, which is enough to set off brewer alarm bells. All that’s missing is a way re-cast Shambling Ghast from the graveyard, and some way to convert the loop into a win.

Didn't really pay much attention to Shambling Ghast when it was spoiled, but it's ability to go infinite with Liliana and a sac outlet actually seems like a big deal for Zombie Bombardment-styles decks in Modern. pic.twitter.com/xFYfTtK2hE

Enter Liliana, Untouched by Death, a forgotten planeswalker that might find new life in the Forgotten Realms. Tying it all together is Goblin Bombardment, an old favorite and best-in-class enabler newly reprinted in Modern Horizons 2. This may seem like a long shot, but Bombardment tends to dominate battlefields by itself and just needs a supporting cast that can shore up unfair matchups. We’re always keen to sleeve up Bombardment, so we’d be remiss not to put this combo through its shambling paces in Modern.

Meanwhile on the Flashback, Calibrated Blast got us some truly spectacular wins that left opponents scratching their heads and picking through the wreckage of their life totals. It’s still a rough concept, but there’s something promising there, especially if we ever get a card printed with CMC greater than 15. We also round out the episode with a couple bonus lists for Pioneer, featuring Unexpected Windfall and The Book of Exalted Deeds.