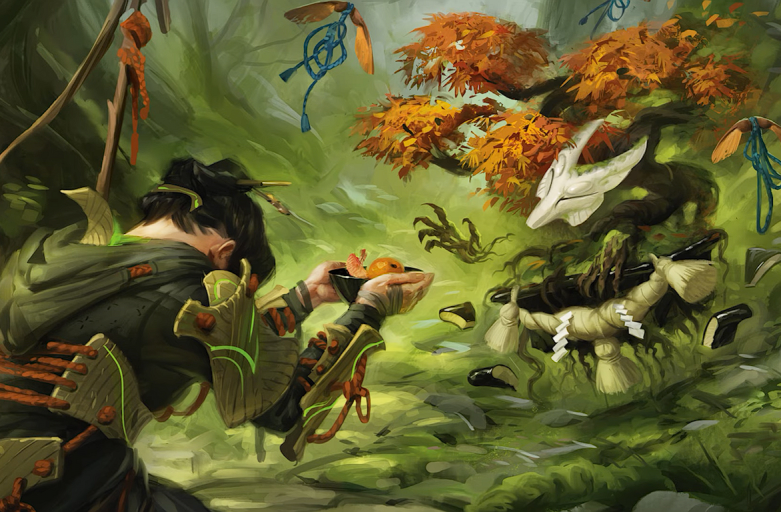 Commune with Spirits joins a long lineage of sorceries that select from the top X cards of your library. Some of these have a distinguished tournament pedigree and have headlined broken Modern strategies (looking at you, Ancient Stirrings). Others are hamstrung by selecting only from a weak subset of cards (Commune with Dinosaurs), not hitting on lands (Commune with Nature), or not seeing enough cards (Adventurous Impulse).

When judged against its predecessors, Commune with Spirits seems to pass the important tests. 4 cards deep is a meaningful upgrade over 3, and being able to grab lands means you can reasonably treat this as a part of your mana base, adjusting your land count accordingly. It also deals with a card type (enchantments) that has so far been lacking such a tool. The next closest effect, Commune with the Gods, costs twice as much mana and takes up more space in the main deck because it cannot find lands. From this perspective, Commune with Spirits provides an effect that Magic has not seen before. It is an exciting new consistency tool for enchantment strategies of all stripes.

In this episode, Cavedan and David dust off their favorite enchantment strategies from Modern and Pioneer to see which ones can make the best use of Commune with Spirits. From Heartless Summoning, to Selesnya Enchantress, Fires of Invention, and even In Search of Greatness, there’s no shortage of spice.