Emrakul to the Face: Brainstone Combos with Calibrated Blast 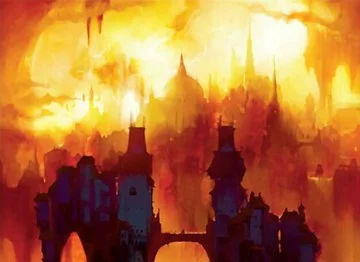 Who is the biggest baddie in all of Modern? That honor still goes to Emrakul, the Aeons Torn. “Spaghetti Mama,” as she is sometimes called, is one of the most fearsome attackers in the format, with a little assist from Through the Breach.

But you know what is even flashier than a 15/15 flying haste? A 15 damage burn spell directly to the face! Enter Calibrated Blast, a vastly upgraded Erratic Explosions that gives you two bites at the apple when trying to blast the opponent into oblivion. All you need to do is stack the top of your deck, and Brainstone is tailor made for the job

Meanwhile on the Flashback, Carth the Lion took us on a wild ride through multiple unsuccessful brews, but there is undeniable power there. It’s just a matter of culling the bad planeswalkers and replacing them with good ones — something we were finally able to do in our last iteration, which got us the 5-0!