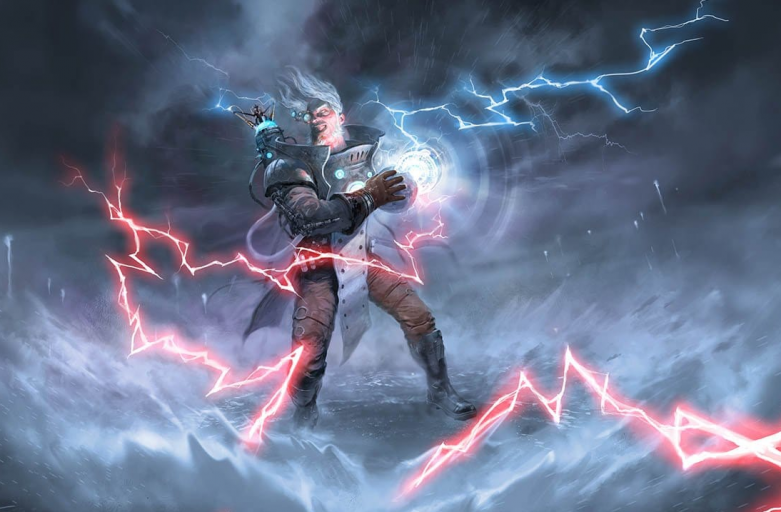 In honor of the Silver Screen and the Silvery Moon, this week’s brew session is an Innistrad Double Feature! First up is Concealing Curtains, a slick new midrange creature that has echoes of Vendilion Clique and Thought-Knot Seer. David has some ideas for how to break the symmetry of Revealing Eye in Pioneer, with a little help from Notion Thief and a wild concept built around In Search of Greatness.

The Innistrad: Midnight Hunt portion of our doubleheader comes from Galvanic Iteration, a card that has been terrorizing Standard in conjunction with Unexpected Windfall and Alrund’s Epiphany and recently received a coronation of sorts at the Innistrad Championship. But Iteration isn’t just limited to Standard. It has already made inroads into Historic and Pioneer, and Cavedan thinks this unique doubling spell might have what it takes for Modern.

On the Flashback, Zach went wild in Modern with a slew of Affinity variants. But he didn’t stop there. He also went deep on Time Sieve combo with Academy Manufactor, and even cooked up a spicy Kitchen brew with Underworld Cookbook, Urza, and Goryo’s Vengeance. In Pioneer, Cavedan and David explored the more fair uses of Blood tokens, focusing on Herald of Anguish in both aggressive and controlling builds.