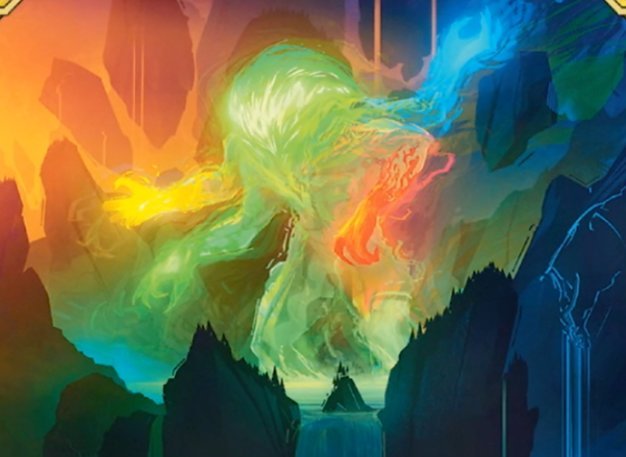 Well I found a new home to publish my work with Faithless Brewing, and I am forever grateful to still be on this amazing journey of content creation. With that being said let’s dive right into something I have been working on in Historic: Omnath, Locus of Creation.

Now look, we all know that the combination on Uro, Lotus Cobra, Omanth and Genesis ultimatum is pretty darn good. What happens when we bring that same combination of cards over to Historic, with better lands and some better Historic tech?

For starters, Explore is a huge gain, especially the way it reads when we compare it to the card Growth Spiral.

Golos is something I went back and forth on while playing the deck. Then I realized that the ability of playing cards for free and how fast we get to activate that ability isn’t as far fetched as I once thought. This list is designed for straight value and overwhelming your opponent even on complicated board states.

Boarding for this deck in particular is very minimal, due to the fact that you have to keep a solid game plan. It is always open to interpretation based on what you are playing against. This is also my first Sideboard guide, so please bear with me a bit.

Out: 1 Ugin, 4 Genesis Ultimatum, 1 Escape to the Wilds

I firmly believe that there is something here with Omnath in Historic. Even if I am not the person to break the card for the format, someone else will. Enjoy the deck and let me know what you all think. As always be kind to yourselves and be better human beings.

Jaren “jayw” White has been playing magic since Return to Ravinca and competitive Magic since Theros, with a host of qualifier finishes, store championships and Game Days. Jaren lives for competitive MTG. When he is not playing Magic locally, on Arena, or traveling, he is usually cooking for others and playing video games.