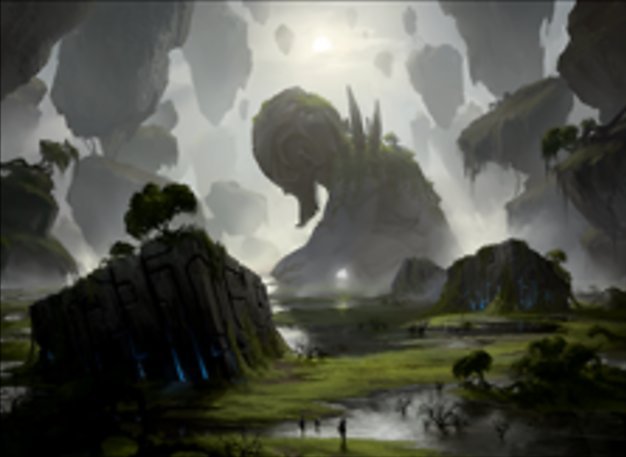 An interesting idea I want to explore is Forsaken Monument as the underrated “mana doubler” from Zendikar Rising. It hasn’t gotten as much love as the “big 3” mana doublers Fires of Invention/Wilderness Reclamation/Nissa, Who Shakes the World, but it combines in a very cool way with Myriad Construct, while Karn pays you off with a lot of stuff to do with all that mana. 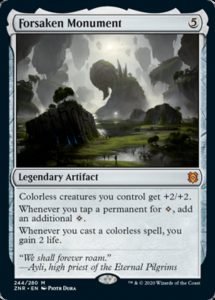 Forsaken Monument buffs Myriad Construct‘s power when it dies to get more tokens, then makes those tokens huge. It also gives you a ton of mana to pay kicker on Construct. Hangarback Walker has similar synergies. Fatal Push is a card that “pops” both Hangarback and Myriad Construct, and keeps us alive as a ramp deck. Fabled Passage really pays you off for playing Ruin in their Wake, which is pretty close to Rampant Growth in this shell. From Beyond combos with Monument by making a 3/3 every turn, and also lets us tutor up our one-of Ulamog, the Ceaseless Hunger for the finishing blow to pay us off for all of our mana. Karn, the Great Creator ties it all together, finding whatever pieces we want, or card advantage. All in a deck that still gets to play premier interaction, while not being vulnerable at all to the most commonly played creature destruction spells.

The sideboard and manabase can be tooled around with a bit methinks. 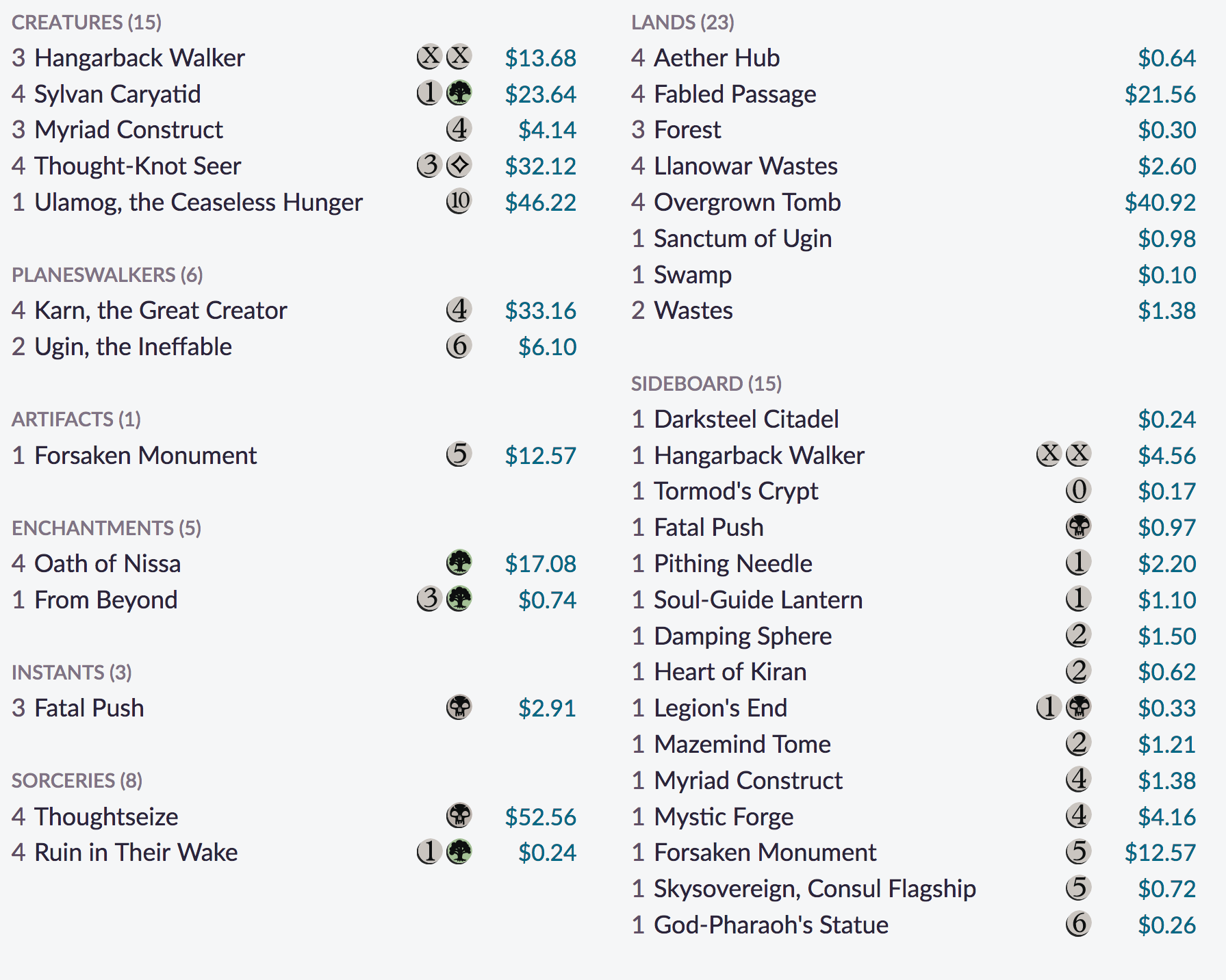