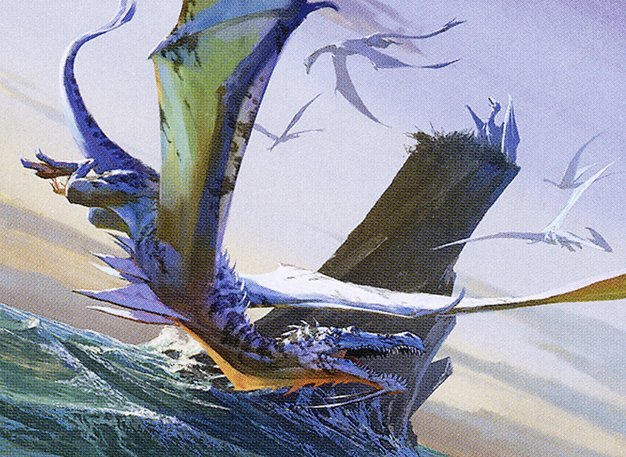 Few things are more dangerous than a one mana engine. Edgewall Innkeeper has terrorized Standard for the better part of a year, coming down early and scaling beautifully as the game progresses. Yes, the opponent can remove it, but at just one mana investment you likely came out ahead on the exchange.

Zendikar Rising offers a new one mana engine in Roost of Drakes. Roost brings the same efficiency to a Kicker deck than Innkeeper brings to Adventures, and it even triggers off additional copies of itself! While Kicker is primarily a limited mechanic, is it possible for Roost of Drakes to make the jump to constructed? It’s a tall ask, but we would be remiss not to at least kick the tires on the strategy.

Today’s brew takes the Roost of Drakes to the limit with the help of Modern’s broad pool of kicker spells.

The card that kicks this deck into gear is Goblin Bushwhacker. The synergy with Roost is awesome: for just RR you get a 3/2 flying haste and a 2/1 haste. Bushwhacker’s power also scales with the board state: two Roosts in play means two 3/2 flying haste Drakes, as well as boosting any other creatures lying around.

If the “Drake Whack” combo is the deck’s star power, the glue is Coralhelm Chronicler. The rate on this Grey Ogre looks bad but it finds both of your key cards, as well as Burst Lightning for interaction. Don’t forget that Chronicler loots whenever you pay kicker! The kicker mechanic rewards you for playing out your lands, but Chronicler demands a bit more careful resource management.

Rounding out the list are the most affordable kicker costs in the format: Everflowing Chalice, Goblin Ruinblaster, Burst Lightning, and Blink of an Eye. The Ruinblasters could be replaced by Thieving Skydivers if artifacts were more popular; all we are really looking for are things to trigger Roost and get in for chip damage.

The final slots go to Sea Gate Stormcaller (also can be found by Chronicler) and supporting spells in Serum Visions and Lightning Bolt. Stormcaller is among the weaker cards in the deck, but it keeps the density of Chronicler hits high and can sometimes be very tempo positive.

A single Devastating Summons provides the final dash of spice: copying this off Stormcaller gets you four X/X creatures for just 1UR, and you can also pair it with Bushwhacker for a massive surprise attack.

The list shown above uses a “Boil-proof” manabase, which in turn gives access to 3x Boil in the sideboard (excellent against Uro piles and unsuspecting Dryad of the Ilysian Groves players). The tradeoff is that you are weak to Blood Moon. There may be a happy medium, but it will require some future tinkering.

Now for the million dollar question: can this deck actually win? Yes, it can! Through two leagues I’m pulling only a 50% win rate, but the losses are agonizingly close and the wins are impressive, especially against blue decks. Drake Whack’s play pattern is truly unique. You have plentiful removal, mana sinks for long games, and sudden bursts of hasty, evasive damage that the opponents rarely see coming. It’s surprisingly competitive and perhaps the most fun you can have in Modern with a draft deck.

If you’d like to hear more about this deck, check out Episode 84 of the Faithless Brewing Podcast. We discuss the list, as well as some alternate ways of building it, at the 1:06:20 mark. Happy brewing!