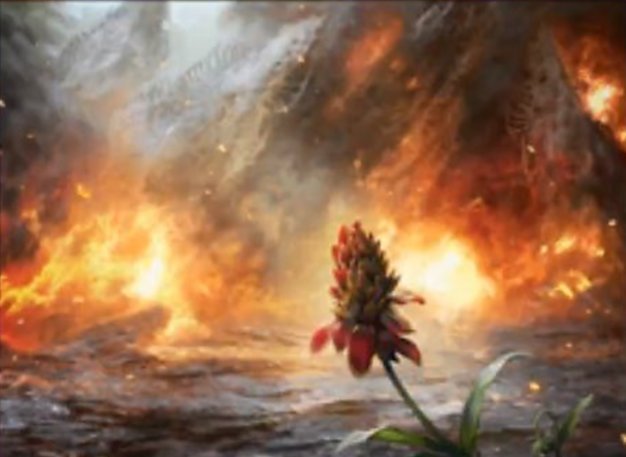 It’s strange when a red sorcery, at common no less, immediately stands out as one of the best Modern cards in the set. I ranked it as the 3rd best Zendikar Rising card for Modern, and honestly I’m worried I was selling it short. It’s even stranger when pretty much everyone else agrees, and the card sees widespread success right out of the gates. Yes, we’re talking about Cleansing Wildfire, a breakout star from Zendikar Rising. Strange times indeed!

By itself, Wildfire disrupts opposing lands while replacing itself. If it hits a Tron land, that’s a huge win, but even if it just downgrades a dual land to a basic that’s still a useful effect. Where it starts to get truly great is when the opponent runs out of basics to fetch. That can happen quickly in Modern, especially with the aid of Path to Exile or Field of Ruin. And once it does, a follow-up barrage of Cleansing Wildfires can be quickly organized with the help of Snapcaster Mage, Mystic Sanctuary and friends.

Nevertheless, David, our resident Brewer in Chief, is rarely satisfied with the face value of a card. He was drawn to the “hidden” mode of Cleansing Wildfire: pointing it at your own lands for profit. If you target a Flagstones of Trokair, you actually go up a land on the exchange, similar to targeting your Flagstones with the front half of Boom//Bust. This interaction also works with indestructible lands like Cascading Cataracts. Eight specialty lands, eight ways to profit off them: sounds like the making of a brew!

This build satisfies the “rule of eight” for key synergies, although the pieces interact in slightly different ways. David explains: “We have eight Lands to turn on our eight 2 mana effects: either Cleansing Wildfire as a Farseek that draws a card, or Boom//Bust as a 2 mana Stone Rain.” These are nice sequences in the abstract, but what tips the scales for David is the way these cards line up against the field:

The deck setup is naturally reasonable against all the big mana decks. We have natural ways to disrupt Tron, blow up Field of the Dead, or even Karoo lands [from Amulet].

If lands and sorceries define the early game, the other big question is what happens next. How does a deck like this actually win? David found his answer in the form of planeswalkers. “Since we have the possibility to ramp on turn 2, I added six powerful 4 mana planeswalkers to threaten to end the game,” he explains. “Nahiri, the Harbinger is nice in decks like this; her + Emrakul, the Aeons Torn is a very slim “combo” package that gives you inevitability once you make it a low resource game. Also rummaging away land destruction in the mid to late game when those effects are no longer relevant is very powerful. Chandra, Torch of Defiance also creates 2 mana on her + ability, which synergizes with our eight 2 mana Red spells for nice tempo turns.”

The end result is a red-white brew that has elements of both land destruction and land ramp, supported by controlling shell with a combo finish. It’s not the most orthodox strategy, but it shows off some of the truly exciting things that Cleansing Wildfire makes possible. Whether or not this shell proves to be competitive, one thing is certain: we have not seen the last of this card!