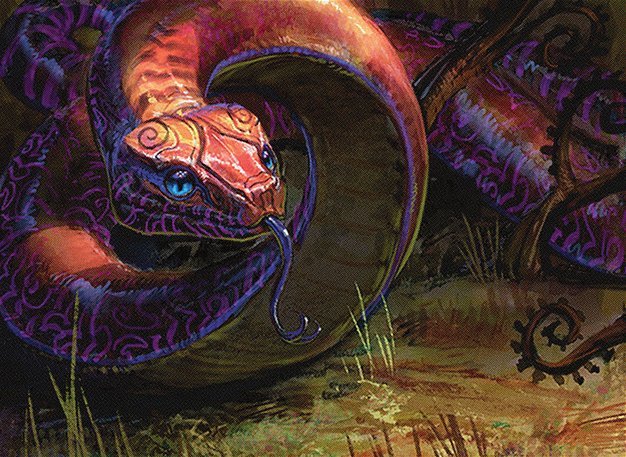 On Episode 76 of Faithless Brewing we explored a few different homes for Luminarch Aspirant, including this spicy Abzan Counters deck for Pioneer. The deck showed a bit of promise, so let’s take a closer look:

This is the 75 that Damon played to a 3-2 finish in our initial league testing.

Speaking of Luminarch Aspirant, my experience is that it is BUH-roken. Its FLOOR is a 2 mana 3/3 that gets bigger every turn. But a lot of times 1 of that power has haste AND even after you kill it, it still often leaves some amount of power behind. It has looked great in the Orzhov Humans lists that have popped up all over.

This list tries to push it into overdrive. I started with the shell of my Abzan Evolve list from Episode 35/36 of Faithless Brewing, which was using Rotting Regisaur. Instead of the T-Rex, we now have 8 Snek effects to turbocharge our 1 drops and Aspirant. Is there a place for Gyre Sage here?

The mana is going to be hauntingly bad, but Branchloft Pathway should be very good for us. Dan had mentioned he built a Selesnya +1/+1 counters shell and found the card quality lacking, so I think the extra work needed to add the third color is worth the tradeoff. Gotta risk it to Biscuit. Consider the opening “curveout” lines:

Turn 1: Experiment One / Pelt Collector
Turn 2: Winding Constrictor, attack for 3
Turn 3: Luminarch Aspirant attack for 7. We now have 8 power on board, adding 2+ the following turn.

Our early testing found that there’s plenty of speed when you get a curveout draw, but the deck currently suffers from a glut of 2 drops, and not enough ways to add counters. Future iterations might address this by abandoning Lurrus and leaning more on 3 drops like Rishkar, Peema Renegade and Nissa, Voice of Zendikar. There’s lots still to explore!