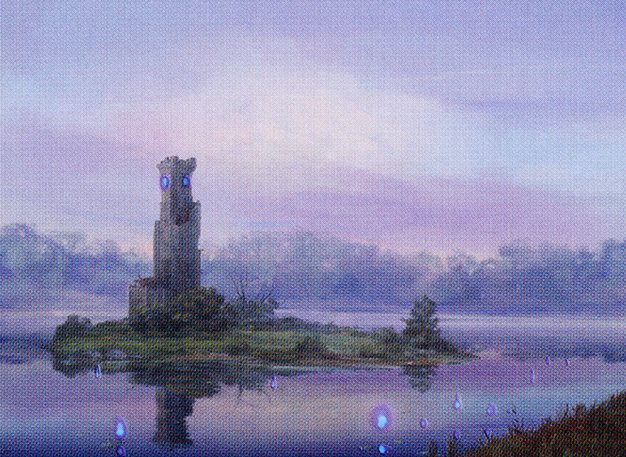 These cards are likely to see play by slotting into existing archetypes in some numbers. Essentially, they offer effects known to be desirable for one or more decks in the current metagame, at attractive enough mana costs. “This might see some play in X” or “Deck Y might want this” is the name of the game here. Existing decks always see more play than new brews, so you can think of this category as a rough approximation of what an “Overall Top 10” list would look like, in terms of likelihood of becoming format staples.

Honorable Mentions: Fabled Passage. There is a universe in which a deck will want a fifth copy of Prismatic Vista. We are not yet in that timeline, but the existence of Arcum’s Astrolabe means we are only one or two “basic lands matter” cards away from some kind of 5c Snow Moon monstrosity.

Honorable Mentions: Charming Prince. Nothing particularly exciting here, this is likely to see experimental play in small numbers, in Humans or in fringe strategies like Emeria, the Sky Ruin. The only strategy that really makes headway with this is Bant Soulherder, as Charming Prince functions as both enabler and payoff, smoothing out the A+B tensions inherent to the archetype.

Honorable Mentions: Lovestruck Beast. Makes two bodies and fills in holes in your mana curve nicely. 5/5 is large enough to brawl in Modern, but three mana is not great for that privilege. I was briefly interested in this for RG Kiora, until Bonecrusher Giant got printed to quickly gobble up those slots.

Honorable Mentions: The Magic Mirror. Mainly of interest because this is actually castable for UUU, half the cost of Mind Unbound. While this is not a reliable Plan A for a deck (they might just destroy it right away), if they don’t kill it within two turns you will run away with the game. This makes it a somewhat plausible as a secondary or tertiary threat, similar to Aria of Flame, although the deck that wants may not currently exist.

Honorable Mentions: Questing Beast. So much text, let me simplify: 2GG, 4/4 haste, minor evasion, if you need to kill a planeswalker this also does 4 damage to them, also plays defense and trades with anything larger than it. That’s all decent. Haste is still underrated and four toughness still matters, so I wouldn’t dismiss this immediately. It is legendary and the upside isn’t great outside of narrow synergy with Kessig Wolf Run, so I’d expect this to see 1- or 2-of play at most in green ramp or stompy strategies.

Honorable Mentions: Grumgully, the Generous. It only takes a few slots to add a persist combo to Goblins, since they already use Skirk Prospector, Sling-Gang Lieutenant, and Goblin Trashmaster. Helps that Grumgully and Muderous Redcap are both plausible cards on their own.

Honorable Mentions: Thrill of Possibility. Might help stave off extinction for a deck like Grishoalbrand, or possibly an Arclight Phoenix revival. If there is ever a Modern deck built around “draw two,” with Improbable Alliance, Irencrag Pyromancer, etc., Thrill remains one of the best tools.

Honorable Mentions: Glass Casket. Everything we said earlier about the on-board value of Witching Well also applies to Glass Casket. Silkwrap isn’t something you would normally play in Modern, but putting this effect on a tutorable artifact makes it worth consideration. Artifact decks might be in the market for a singleton Casket, since you get many virtual copies thanks to Whir of Invention, Goblin Engineer, Karn, the Great Creator, etc. Sometimes you just need to kill a Collector Ouphe, which Casket can do but Pyrite Spellbomb/Engineered Explosives cannot, and having more outs to a troublesome Lavinia, Azorius Renegade, Eidolon of the Great Revel, or Emry is not bad thing.

Honorable Mentions: Deafening Silence. Mostly an upgrade to Rule of Law, whenever that card is relevant in the meta.

Honorable Mentions: Merfolk Secretkeeper. Discussed already, this could provide a boost to Vengevine lists in particular.

Honorable Mentions: Muderous Rider. The creature half is weak, so this is mainly a Hero’s Downfall that counts as a creature. Findable off Traverse the Ulvenwald, thus a 1-of candidate for Traverse Shadow. Midrange Zombies, if that is a thing worth doing, would likely want some of these. Weirdly, this can’t be cast off Haakon, Stromgald Scourge, but can be cast of Kess, Dissident Mage.

10. Bonecrusher Giant. As a longtime proponent of R/G Kiora, I have often lamented the Flametongue Kavu-sized hole in the format. Bonecrusher is arguably better than FTK, as cheap removal tends to be the thing you need most urgently in many matchups. Stomp curves beautifully into Bonecrusher, and the option to split up the halves means you can easily fit this into a curve built around a 1-3-5 ramp curve, similar to how Tireless Tracker and its clues nicely use up your leftover mana. RG ramp decks like our Kiora Dragons deck will use this most effectively, but the card is also just strong enough in a vacuum to be considered in other red decks as well, including as a Traverse the Ulvenwald target.

9. Mystic Sanctuary. Any deck with Cryptic Command might be interested in this in small numbers (even just one as a fetch target), and it may incentivize Azorius Control to return to Miracles. The resulting mana base will get fidgety so this isn’t a lock. I do however think it will be a large upgrade in Taking Turns.

8. The Royal Scions. A tricky card to assess. Repeatable “draw then discard” is not a readily available effect in Modern, as most looters like Jace, Vryn’s Prodigy have natural weaknesses (fragile, need to untap with them) and so they rarely see play. Similarly, while +2/+0 to a creature is solid, the value of first strike and trample is uncertain. That said, both effects are better than they look, and Scions comes with a boatload of loyalty and a useful ultimate to at least force the opponent to expend resources against it while you get a few +1 activations. “Draw then discard” is excellent for any deck looking to go into a longer game, and especially powerful with Wrenn and Six. The pump ability is very attractive with giant beaters (Tarmogoyf, Death’s Shadow, Gurmag Angler, Awoken Horror), small utility creatures (Snapcaster Mage, Ice-Fang Coatl), or deathtouch creatures (Ice-Fang, Questing Beast). I would expect Will and Rowan to make cameo appearances in Death’s Shadow and Rainbow Niv-Mizzet, while potentially also spawning a new “Wrenn and Scions” Temur good stuff pile using Goyfs, Snapcasters, Bolts, Ice-Fangs, and maybe some Okos and Force of Negation to tie the room together.

7. Drown in the Loch. Only Dimir Mill seems equipped to play this as a four-of. For other decks, while it can be cast very efficiently, the uncertainty over when Drown becomes active means you can’t really treat it as an early game play. I would expect other UBx midrange and control strategies to adopt this in small numbers (1-2 copies, with perhaps some Thought Scour for insurance). If Vantress Gargoyle aggro ever becomes a thing, Drown will likely have a place there too.

6. Brazen Borrower. This is just a good, useful card in any kind of deck that leaves its mana open. Bounce is an underrated effect, typically held back by being printed on narrow, low-powered cards, but see Teferi, Time Raveler for an example of bounce tacked on to an already strong card. Any deck that is interested in Vendilion Clique should consider this instead, possibly in larger quantities.

5. Castle Garenbrig. Kind of like an Eldrazi Temple for Primeval Titan (or Hydroid Krasis, if you want to go rogue). Prime Time decks are particular about their land slots, so this will have competition when it comes to building out manabases, but its raw power and efficiency can’t be denied and I would expect it to be come an archetype staple.

4. Witching Well. For reasons outlined already, I expect this to become a staple of any deck built around Urza, Lord High Artificer, Paradoxical Outcome, Emry, Mox Opal, etc. Maybe not as a four-of, but an important tool in their toolbox nonetheless.

3. Oko, Thief of Crowns. I discussed the build-around synergies of Oko already, but all of his abilities feed each other, so you can slot Oko into any deck with access to Simic mana and get solid results. The fact is, this card is pushed. Oko applies pressure on multiple axes at a very efficient rate, including the ability to generate 3/3 haste creatures or straight up steal an opposing creature, and if that weren’t enough he also answers troublesome permanents and gains life. I expect this to become a format staple across multiple archetypes, some built to maximize Oko, others just using a copy or two as a role player.

2. Emry, Lurker of the Loch. If you don’t want to build a new deck from scratch, you can just slot some copies of Emry into your Urza or Paradoxical Outcome deck and call it a day. Emry does everything well and the synergy with already pushed cards like Mox Opal, Mishra’s Bauble, and Arcum’s Astrolabe means Emry is going to shine in pretty much any deck that can cast her for one blue.

1. Once Upon a Time. Others have said a lot about this card. Amulet, Neobrand, Devoted Vizier, Tron, Selesnya Eldrazi, the list goes on — basically any deck that can use this card should at least test it out in some numbers.