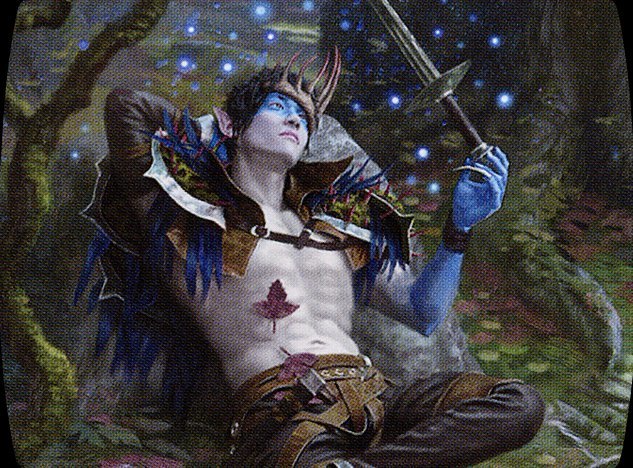 (A version of this article was originally published at arenadecklists.gg)

Once upon a time, Modern was a brewer’s paradise.

Countless decks were viable, change came gradually, and it was widely remarked that you could play “whatever you wanted.”

The past six months have taken their toll on Modern, but the spirit of discovery is alive and well. Every new release includes dozens of cards with tantalizing potential. The power level of the format keeps trending upward, but there is more territory than ever for a brewer to explore.

Throne of Eldraine is the latest offering and the set looks absolutely stunning for Modern. I followed the spoilers closely, as I always do, taking notes and organizing my thoughts on cards that showed potential to make an immediate splash, or seemed worth tracking down the road. My “Eldraine Top 10” list quickly grew to a Top 30, and then swelled to a Top 50. By the end, I had a list of 64 cards that seemed relevant for Modern play. Sixty-four! From a Standard set release! My friends, this set is wild.

What follows is a road map of sorts for how I plan to explore the format, a fairly comprehensive Brewer’s Guide to Throne of Eldraine. I first lay out my principles of card evaluation, which are informed by my sensibilities as a “spike rogue,” before proceeding to the cards.

64 cards, four different Top 10 lists, and more Honorable Mentions than RBG’s Twitter feed lie ahead of you. Are you ready?

Let’s do this thing.

If you’re reading this far, there’s a good chance you arrived here via the Faithless Brewing Podcast, which I co-host. Faithless Brewing is dedicated to developing tournament-worthy brews for Modern. We choose one card per week that we think has unrealized potential, and brew multiple decks around it. We first theorize why the card has promise, propose decklists that seek to utilize the card in different ways, and then put our hypotheses to the test in Magic Online leagues, Challenges, or competitive paper events. Each show begins with what we learned from our testing about the previous week’s decks. We always want to ensure that our data is relevant and our expectations are realistic; after all, successful brewing is only possible with a detailed understanding of the metagame as it currently exists.

I mention this because our “brewer’s eye view” leads to a slightly different approach to card evaluation than what you might encounter elsewhere. Briefly, our goal is to discover The Truth about how a particular card might be used successfully, rather than The Truth about a format or how to best position ourselves to win an event.

To elaborate: Sam Black, patron saint of brewers, sometimes describes his philosophy as wanting to help each card become its “best self.” The goal is to create the conditions needed for a card to succeed. This pursuit takes precedence over questions like “Aren’t you just building a worse version of [Deck X]?” That question is crucial, of course, but it comes at a later stage in our process, after we have learned all we can about what makes a card tick. In effect, we imagine that we are being forced to build a deck featuring the card in question, reminiscent of the “Ironroot Chef” challenges from the old Community Cup, or Saffron Olive’s “Against the Odds” series, and work backwards from there. What is this card asking me to do? What pieces does it want to be surrounded with? What kind of game state does this card require to be powerful, and what larger strategy will allow me to create that game state? Each new card is a puzzle to unlock, and our first allegiance is to solving that puzzle.

Of course, scrutinizing every card like this would be a time consuming and discouraging process, as most cards simply won’t make the cut in Modern. Additional heuristics help narrow down the most promising candidates. This is where questions like Efficiency, Redundancy, and Fit come in.

To assess Efficiency, we ask, “What does this card do that no other card can do? What does this card do better than any other existing card?” We are always on the lookout for cards that are “best in class” at whatever they do, even if their effect is very narrow or doesn’t have an obvious application given the current Modern card pool. For this reason, most zero and one mana cards are at least under consideration.

We also look for cards that provide Redundancy on existing effects. Does a new printing achieve critical mass of a particular category of effect, that might change what is possible to build around? Guidelines such as the “rule of eight” come into play here.

Finally, Fit encapsulates the entire ethos of the oft-asserted “Might see play in X…” Drawing upon our knowledge of the existing metagame, we ask whether a given printing might compete for slots in an existing archetype, or fundamentally change how those decks are built.

The truly exciting cards end up being the ones that are in a class by themselves, offering an effect or combination of effects we haven’t seen before. These are the cards that absorb most of our brewing energy and often lead to both our greatest triumphs and our greatest incinerations of tickets on MTGO. For every Niv-Mizzet Reborn, there is a Bolas’s Citadel. The process is what matters, and that includes being honest when assessing our biases and mistakes.

Putting this all into practice, I find that it helps me to organize cards into three different categories when evaluating a new set for Modern. These categories are:

Some cards will appear only in one category, while others might appear in all three (for example, a card that offers an effect at the most efficient rate we have yet seen, and for that reason might slot into existing decks, but could also be built around as the centerpiece of a brand new archetype).

In the spirit of hot takes, I have ranked the cards within each category in order of importance, loosely understood as their expected impact on the competitive metagame. This is for the benefit of posterity, so that we can all look back later and laugh that I thought Witching Well was the 4th-most important card from Throne of Eldraine. Let’s get to the cards!