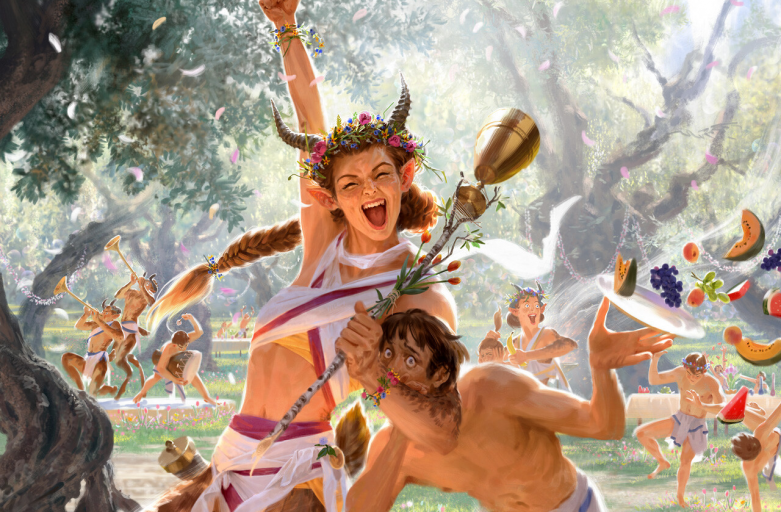 There are twelve Class enchantments in Adventures in the Forgotten Realms, each offering an intriguing take on the Level Up mechanic while bringing the flavor of Dungeons & Dragons character classes to MTG gameplay.

When it comes to constructed, one Class stands head and shoulders above the others: Bard Class. Level 2 of Bard Class unlocks the most dangerous mechanic in Magic, free mana. This is already solid, as it immediately repays the mana spent on Level 2 and leads to very explosive turns. But things get really crazy at Level 3, which pairs that free mana with a nearly unlimited source of card draw. It is difficult to overstate the power of Level 3: as soon as it is achieved, the next legendary you cast (say, a Mox Amber) can easily let you storm through your entire deck in one epic turn. If the resulting massive board state doesn’t lock things up for you, a single haste outlet in your 60 (Samut or Sarkhan Vol) can end the game immediately.

All three Levels of Bard Class synergize beautifully with one another, and amount to an insanely powerful one-card combo. All you have to do is fill up your deck up with weird legendaries and craft a plausible backup plan for when Bard Class is not in play. If this sounds far fetched, it isn’t: two forms of Bard Class are already doing well in Pioneer, and porting the deck into formats with better mana and better legendaries (hello, Ragavan and Wrenn and Six) seems like a worthwhile pursuit. We’ve got new takes on Bard Class in both Modern and Pioneer, so let’s see if we can pull off some victories worthy of song!

Tried the Liliana, Untouched by Death + Shambling Ghast combo for today's stream. Between Dauthi Voidwalker, Auriok Champion, Sanctifier en-Vec and other graveyard hate it didn't go well in Modern. We did manage to pull it off in Historic though. Thanks for hang out everyone! https://t.co/LcEq5RChnD