Beyond Belief: Resurgent Brews for the Modern Enchanter 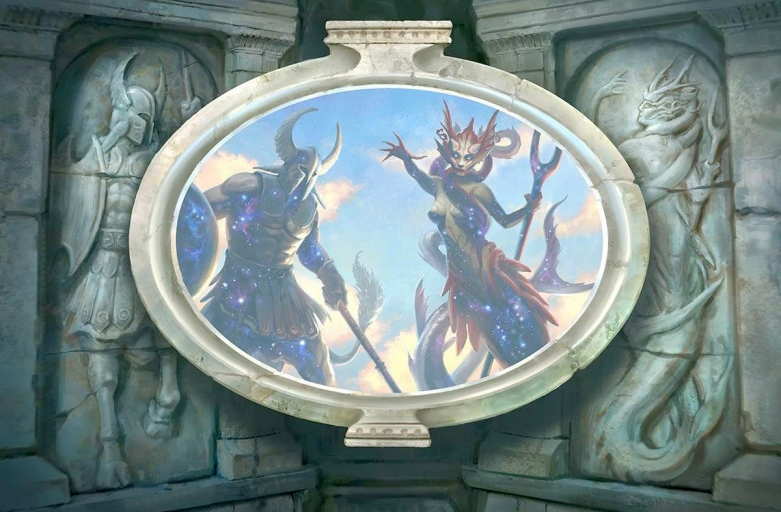 Our third monthly project kicks off with a look at Resurgent Belief, the surprise winner after an intense round of voting. Belief promises to restore the glory of Replenish decks of old. But do the tools exist to compete in today’s Modern? Our task this month is to find out.

At first glance, Belief resembles Living End and follows simple steps. 1. Put enchantments in the graveyard. 2. Find and cast Resurgent Belief. 3. Win with whatever you got back. But each stage is rife with challenges.

For starters, most enchantments don’t put themselves into the graveyard. Beyond a handful of cards with cycling or channel (Colossal Skyturtle, Shark Typhoon, Lay Claim, Cast Out), we need to choose either Sagas or use non-enchantment effects to loot cards away. As always, if we lean too far into the graveyard angle, we risk getting devastated by graveyard hate.

Finding and casting the namesake card is also tricky. Cascade is the most effective method, but most support cards for cascade have little to do with putting enchantments into the graveyard. Weaker options like As Foretold and Fires of Invention could support an enchantments-matter theme. There is even the possibility that Bring to Light is a viable option: Replenish was busted at 4 mana, so is Belief really so far-fetched at 5 mana?

The last step, winning the game, ought to be the simplest. Yet even here, we find that few enchantments are truly game winning by themselves. Unlike Living End, Resurgent Belief does nothing to wipe the board or disrupt the opponent, so we need enchantments that will catch us up and pull way ahead in one fell swoop, which is a tall order.

All of this combines to make Resurgent Belief a powerful, challenging card that is well worth the effort to crack open. We discuss a few possible directions today on Faithless Brewing, including some intriguing builds proposed by our Discord community. Can we solve the puzzle of Modern Replenish? What directions should we explore next?

[51:26] 4c As Foretold Electro by IPlayBadDecks