Better Than Urza: Meria Is Desperately Wanting to Be Good 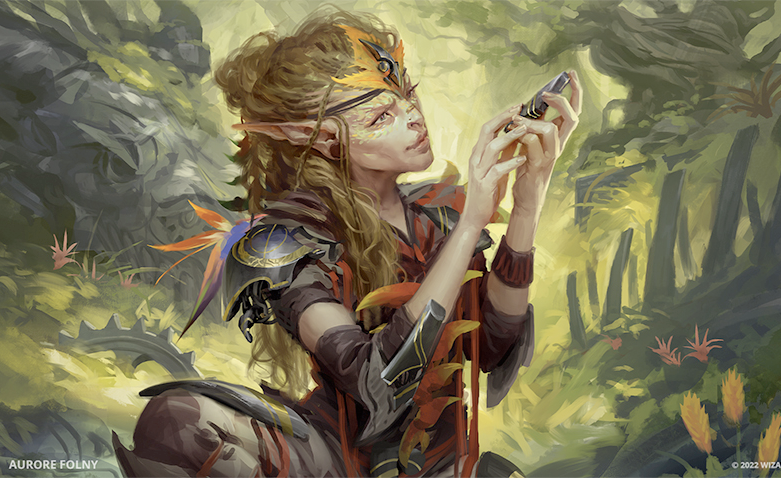 Artifact strategies have been around forever, but Urza, Lord High Artificer was a game-changer. Urza unlocked massive amounts of mana, in quantities not seen since Tolarian Academy, and even gave you somewhere to spend that mana by playing free cards from your deck. On top of that, Urza brought a large Karnstruct friend, ensuring good value from your 4 drop even if your opponent succeeds in foiling whatever combo or big mana nonsense you are up to. This made Urza a perfect engine: explosive when unchecked, but also a viable standalone threat.

Imagine our surprise, then, when Dominaria United brought a new, cheaper Urza in Gruul colors. Meria, Scholar of Antiquity trades blue mana for green but retains the ability to draw large amounts of cards while also providing boatloads of mana. Meria is a full mana cheaper (a huge upgrade) and draws cards at an even faster rate. In exchange, we lose out on the Karnstruct and the ability to tap tokens, but those are merely bonuses, not the core of what makes Urza powerful.

Today on Faithless Brewing the crew takes a close look at Meria in several new builds in Modern and Pioneer. The intersection of Big Mana and Big Card Draw is a potent brewing space, as long as we’re willing to get our hands dirty and get into the weeds looking for the right artifact support. Meria has already earned trophies in combo decks like Paradox Engine, Thopter-Sword, and Hardened Scales, but are there more homes waiting to be unearthed? It will take a brilliant archaeologist to unlock Meria’s full potential, so let’s roll up the sleeves and get to work!