At the Dive-In: Heliod Company is the Deck to Beat this Weekend 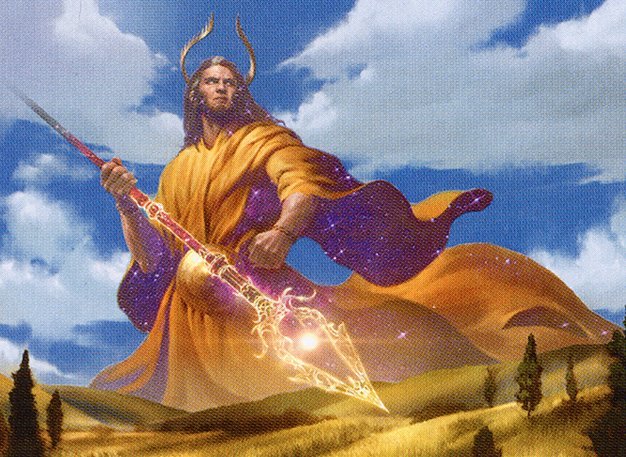 Hello Modern players! For those who don’t recognize my byline, I’m Stanislav, a co-host from The Dive Down, a weekly podcast that explores the latest decks, trends, and strategies in Modern and Pioneer.

Every week on our show, my co-hosts and I look at ongoing high level tournament results and break down the decks and strategies that are doing well in a given format or season. We attempt to uncover novel technology that appears in otherwise familiar archetypes, and try to make sense of the steady evolution of Modern’s competitive metagame.

Looking back on the last few weeks of MTGO data, I’ll attempt to apply this perspective into actionable insights for Magic players with plans to compete in weekend challenges, get a leg up in the MTGO leagues, or just bring something exciting to their Spelltable FNM. This article will look at some of the recent “decks to beat,” the strategies positioned to outplay tier 1, and other noteworthy up-and-comers that can take your opponents by surprise.

What’s the best deck this weekend?

I want to preface that Modern, at least in my opinion, is GREAT right now. In fact, The Dive Down recently released an episode analyzing the internal and external forces that contribute to Modern’s current success. The field is about as open as it’s been all year. And we’re seeing a variety of viable strategies across all colors and supertypes (aggro, midrange, control, etc.). During periods like this, the best deck in the format doesn’t usually hold that position for very long, but this weekend’s competitors can still find a strategic advantage for tournament play.

That said, my pick for the current top dog is GW Heliod Company.

The latest take on Modern Heliod combos have been shaving their Kitchen Finks and Anafenza packages, and opting for an even more all-in approach to infinite life via Heliod + Spike Feeder, and the insta-kill of Heliod + Walking Ballista.

Anyone who’s played this deck online will know that executing the Spike Feeder combo is an absolute chore, and MTGO opponents seldom concede to infinite life alone (one of the unfortunate shortcomings of playing online vs. in paper). But that hasn’t stopped the deck from elevating its status as a resilient toolbox strategy that can stall games and win out of nowhere. Get some practice executing the combos before registering the deck, then enjoy the one turn kills while you can!

The addition of Conclave Mentor to the deck has introduced a couple new lines that GW Heliod didn’t have access to before Mentor was printed.

A few other tips to remember

What can take down the current top dog?

I suspect one contributing factor in Heliod’s recent rise is the gradual shaving of interaction out of our current, premier control deck, 4 Color Uro. As Uro has opted for more slots devoted to winning with the Saheeli Cat combo, these Heliod decks have an easier time slipping under the radar to combine their combo pieces. But while the Uro piles continue to evolve their weekly flavors, a handful of midrange strategies already have the tools to disrupt Heliod’s infinite plans.

RB Prowess, Mono White Taxes, and Jund have slightly different methods of attacking Heliod, and each present unique power in their own right.

A combination of fast kills, hand disruption, and removal. Use your Thoughtseizes early to get rid of tutors or Heliods that will be otherwise tough to deal with. Save your Bolts, Fatal Pushes, or Dismembers for instant-speed ways to disrupt the infinite combo or the enablers that support it (namely Conclave Mentor and Arbor Elf). Dismember is especially valuable, as it gets around Heliod’s indestructibility, though you normally don’t have to worry about Him unless the counters player already has one of the double white cards out. Then ride your Death Shadows or Scourges for quick kills in a couple attack steps or with a surprise Temur Battle Rage. Overall, I expect tuned versions of this deck to remain near the top of Modern’s metagame as long as Heliod or other board-based combo strategies continue to do well.

The deck that suddenly turned tier one thanks to the addition of Skyclave Apparition. Not only is Skyclave effective at answering Heliod himself, but Leonin Arbiter and the land destruction spells will help slow down the GW deck’s powerful tutor effects – Eladamri’s Call and Ranger-Captain. Your Ghost Quarters will also prove useful against a Utopia Sprawled forest. Where Prowess and Jund excel at managing the cards in hand and creatures, Taxes feels like the new Ponza, with its unique ability to undermine opponents’ mana while presenting its own threats in the process.

The current field seems great for Jund players, with the relative decline of Mono-Green Tron all but eliminating one of midrange’s worst matchups. The same strategy in Prowess’s court can be applied here, with the addition of Liliana of the Veil as a repeatable hand disruption engine that forces the Heliod player to live (or die) off the top of their deck. Normally Jund players would have to beware Path to Exiles answering their Tarmogoyfs, but with the Heliod deck relegating most if not all of their removal spells to the sideboard, Jund gets a handy game 1 advantage when they draw a strong opener.

What else is good?

The other decks I expect to maintain their positions this week include Humans, 4 Color Uro, and Eladamri’s Toolbox.

Five Color People has strong tools against some of the anti-Heliod decks, and Heliod itself. Kitesail Freebooter and Thalia, Guardian of Thraben help prevent or slow down pesky removal and tutor spells, while Meddling Mage locks out potential haymakers. Humans can be vulnerable to Jund and Uro Piles, so consider having a Militia Bugler in the 75 to help against the former, and be thoughtful with your Meddling Mages and Freebooters for the control matchups.

With the sheer variety of Uro decks out there, it’s probably worth clarifying why I’m more impressed with the white-splashing control versions than the Copycat deck that Kanister recently piloted to win a Modern Challenge.

Simply put, I don’t think the Copycat version has a strong enough control package to execute a true Splinter Twin strategy (play control until you can insta-win with an infinite combo). The cat decks routinely shave counterspells for walkers, namely Wrenn & Six, and T3feri. Not to mention 8 slots for the combo, 6-8 slots for Uros and Omnaths, a little removal in the form of Bolt and Path, and some ramp/color fixing via Utopia Sprawl and Oath of Nissa. And that’s it – that’s the deck.

Turn 3 kills are technically possible with 3 lands, a sprawl, a cat, and Saheeli, but the deck isn’t redundant enough to execute that consistently. Instead, it often has to rely on a long game via Uro, Omnath, and the planeswalkers to accrue card advantage while building a resilient board presence. Frankly, I think the deck is an excellent pile of strong cards tied together with a proactive win condition, but by and large, it’s not exactly designed to outplay the rest of tier 1.

The controlling Uro decks, on the other hand, actually have the tools for that job. The inclusion of 8 to 10 counterspells plus removal provides versatile answers to a wide field. Not only Heliod, but Jund, Prowess, and Taxes too (i.e. the decks that don’t run Cavern of Souls). Field of the Dead, of course, offers a reliable late-game plan if opponents manage to answer everything else the Uro pilot throws at them, but chances are, Uro will likely get the job done first.

Readers might wonder why I don’t have 4 Color Uro as the top dog for this weekend – I think it taps out enough to give Heliod pilots important opportunities to get under it. Plus the control deck can easily get blown out by a well-played Ranger-Captain.

Another deck that gets to capitalize on the relative lack of Green Tron right now, Eladamri’s Toolbox has steadily been racking up strong results and potentially even outperforming its cousin, Amulet Titan. I mention Amulet because the two decks are essentially different iterations of Primeval Titan + Dryad of the Ilysian Grove + Valakut + Field of the Dead. And though we’ve hardly seen the last of Amulet, the Toolbox version has a full suite of relevant technology to outgrind a slower metagame.

Perhaps not surprisingly, this deck is starting to pick up Uros and Omnaths, which I would argue makes it less of a Toolbox and just another “good cards of 2020 pile.” But in its original form, the utility of an early Elvish Reclaimer to beat Blood Moon decks, coupled with Eladamri’s Call to grab powerful answers such Gaddock Teeg, Knight of Autumn, or Skyclave Apparition, provides this deck with a midgame full of silver bullets that keep it alive until Field of the Dead is online or Valakut deals lethal. In fact, I’m so impressed with this strategy that I would put it next to Heliod as a favorite for this weekend, but being vulnerable to Boil and the Taxes deck remain serious liabilities.

Remember when I mentioned how great and open Modern is right now? I think that alone merits a small insurance policy before anyone starts gambling on my power rankings. For all we know, an intrepid Spike Rogue might register a controlling Dimir deck that proves itself unbeatable in an unprepared field.

Hear Stanislav every Friday on The Dive Down, available wherever you enjoy podcasts. Or find him musing about Magic, pop culture, and memes at Twitter.com/MediumGallery.