Angels and Demons: Fun Pioneer Decks to Try Before #MTGBRO 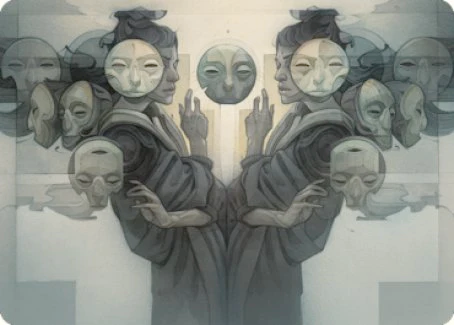 The end of days approaches! Or at least, the end of Dominaria United season. With The Brothers’ War just around the corner, David has unfinished business with a few intriguing cards from recent sets.

Have you ever countered your own Demonic Pact trigger with Ertai Resurrected? Or used Kaalia, Zenith Seeker to find Serra Paragon and Blade of the Oni, and then re-bought the Kaalia with the Paragon? Or how about setting up Vesuvan Duplimancy and then unleashing Goblin Dark-Dwellers for an instant army in a can?

If you answered “No” to these questions, it’s possible that you’ve settled for having less fun than you could. David is here to explain some of his wilder Pioneer concepts, with an assist from the prodigal co-host, Zach “Manacymbal” Ryl.