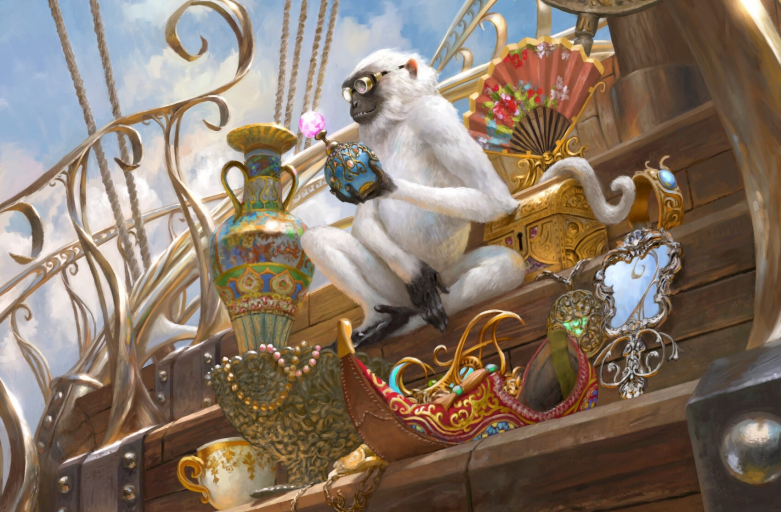 Damon’s return to paper Modern play was a great success, as he took down his Store Championship with 4c Omnath Kaheera control. Dan also took his shot in Modern, and notched 2nd place with Jeskai Murktide Phoenix, even though the deck continues to have issues against the current meta. The crew reviews their lessons learned along the way and discuss the state of Modern, including the ubiquity of our favorite monkey friend.

I’ve been playing a lot of Modern / Legacy the last few weeks, and I honestly believe that Ragavan makes both formats better (more so in Modern than Legacy). It’s an easy to kill creature that leads to more interactive games, and getting hit once or twice isn’t game over.

We round things out with Picks of the Week in Pioneer, featuring a sweet new take on Blood Madness and the long-promised Divide by Zero Lessons deck. There’s even a blundered Jeskai Creativity list that managed to win an entire Challenge despite accidentally shutting off its own combo with Portable Hole. Pioneer as a format continues to impress with the breadth of strategies and depth of gameplay. Here’s hoping for more good things to come for it next year!