A Brief Introduction to Canadian Highlander, Format of Kings 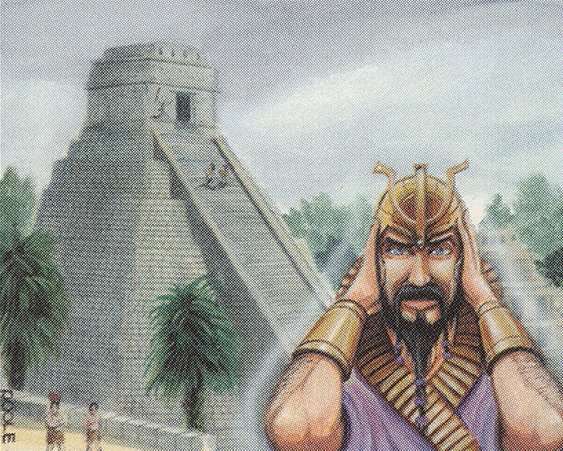 Since my goal was in part to win some new converts to the Canlander cause, the least I can do is provide a short writeup to help new players find their footing. What follows is a Quick Start Guide to Canadian Highlander, the format of kings, a true brewer’s paradise.

What Is Canadian Highlander?

First, familiarize yourself with the rules here: https://canadianhighlander.wordpress.com/intro-to-format/. The key rules as follows:

Now, let’s discuss points.  The charm of Canlander is that you can play virtually any card in Magic, even the truly broken cards seen only in Vintage — all thanks to Canlander’s 10 point system. This system takes a little time to internalize, but I promise you’ll find it an approach to handling power creep that is in many ways much cleaner than Wizards of the Coast‘s print-then-ban pattern (or even worse, print-and-ignore). For example, instead of using bans to deal with the powerful combo options from Theros Beyond Death, the Canlander committee instead assigned Underworld Breach and Tainted Pact one point each. You can still play these cards, but they now take up some of your deck’s “power” slots.

The quickest way to think of points is there are a few commonly seen “packages”:

Ancestral Recall (7): typically played in “fair blue decks” alongside Merchant Scroll — a weak card that was pointed just because it finds your copy of Ancestral Recall.

Strip Mine (4): Play this with just Crucible of Worlds and Expedition Map, or build out a larger package with Inventors’ Fair or a bunch of green cards.  You don’t need a major deckbuilding concession for free wins off Strip Mine recursion.

Or go your own way!

How to Build a Deck

So, what decks are good? The format discourages your favorite block synergy level deck, just because there isn’t the density of cards.  But generally, you can play tons of different strategies. The easiest thing to do is pick your favorite colors, and then choose either Fast, Medium, or Big (where big can be either control or ramp). Then build to that.

Brewing in Canlander involves thinking in terms of curves and packages of similar cards like burn spells, or artifact tutors, or one drop white creatures, but since most cards are unique, you have to squint a little. If you want to play a more focused archetype like Storm, Eggs, or Dredge, this is totally possible, but you’ll have to go pretty deep into the game’s history for your 99th and 100th cards. It’s a little like building a limited deck. When in doubt, don’t overthink it: if you accidentally choose a subpar card, you get to enjoy the experience of giving a lovable card a shot at the limelight, and sometimes you’ll be surprised what cards are good in the format.

My favorite example is Lat-Nam’s Legacy. Take a second and read it.  In Canlander, Lat-Nam’s Legacy is way more consistent than Brainstorm, and I frequently joke it’s the best card in the format.  Meanwhile, the games are free, so it’s not like you wasted 10 tickets if you try a pet card and it underperforms.

Where to Go Next

These basics should be all you need to get started on your Canlander journey. But if you’re the type who likes to start with research, here are a few more resources. On the Canlander Discord community, lowman02 has put together a list of his decks here (https://tappedout.net/mtg-deck-folders/deck-archetypes-1/), which I find to be a great starting point. The decks are not all up to date, but treat this as a feature. Unlike Standard, Canlander doesn’t get solved within a week, so you have to do your own exploration.

Lastly, how does one find games beyond the Faithless Brewing Community League?  There’s a Discord at https://discord.gg/WBVxn6X, where you can head to the channel #looking-to-jam to find players for a friendly match (primarily on Magic Online, as well as via webcam and Xmage). And if that fails, you can always join our patron community and send me a message — I’m always down to test out my latest singleton in Blue Moon!