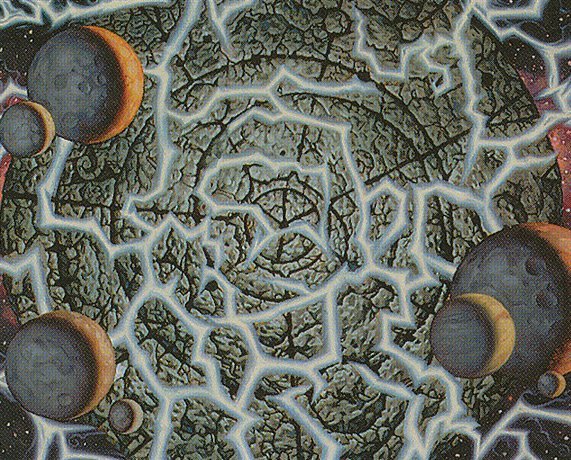 It’s a wonderful time of year. The trees up here, in Canada “America’s hat”, are changing colours, the air is crisp and clear as the summer heat fades away, and Zendikar Rising has been released upon us. Modern has a few new toys to fool around with, and time will tell to what level they will be effective. In Legacy these cards seem to be having little effect thus far, and Pioneer just doesn’t seem to have much going on to draw data from. Meanwhile in Standard, fresh off the yearly rotation and a year of numerous bans, Wizards has already taken action against a deck featuring Zendikar standouts Lotus Cobra and Omnath, Locus of Creation.

These here-and-now problems are not is not today’s focus for this proud paper boomer. Nope, I’m here to talk about a product that shall not see the light of day for almost another year: Time Spiral Remastered. Before I get into the bulk of my thoughts, some history on why I’ve been moved to write on this subject.

Confessions of a Paper Boomer

You see, I began playing Magic in the far flung year of 2003. The first premier set (is that the current nomenclature?) that was released while I was playing was Scourge. This set completed the Onslaught block with wacky non-tribal themes in the otherwise tribal block. The previous set, Legions, had been 100% creatures, a gimmick on a scale that had yet to be even attempted in any way. What we didn’t know at the time was that we were in store for an even bigger change: the classic Magic card frame, that had only seen slight tweaks over the previous decade of the game’s existence, was about to be replaced.

8th Edition was released that summer, along with a glorious batch of white border reprints, many of which haunt the Modern metagame to this day. But even more shocking than white bordered Blood Moon was the new card frame: slick, modern, shiny, and distinctly not as whimsical and fantasy themed. Some of the reasons stated at the time for the change were for function to take place over form, and some of the changes, like the expanded art box, were surely upgrades. But the purist in me screamed in protest at this overhaul, on principle alone (as I’m sure many had done with the small tweaks previously).

As time went on my nostalgia for the classic Magic frames grew. You will find it hard to find any basic land in any deck I own that is not old-frame, as with any card which I can possibly find an old-frame version of.

For literally years I’ve messaged Blog-a-Tog asking about the return of the old card frames. They had been done in Time Spiral, with the “timeshifted” bonus sheet. They had been done also for several judge promos. Pestering Mark Rosewater about classic frames became a sort of ritual. For a while I did it once a week, on my way to work at a local game store.

Finally, I got a response along the lines of, “We can’t make those frames anymore.” I couldn’t believe that. I pursued a new line of questioning. “How is it possible the company that made the classic frames in the first place, along with the new frames and numerous wonderful custom frames along the way, couldn’t make this happen?” The truth came in another response from MaRo. “Oh, well, it’s not that we can’t make it happen so much as there’s not enough interest.” I was incensed.

Over the next couple of years, whenever the question came up, from Wizards or otherwise, “What do you want to see in the future for Magic?” I made it known, far and wide, “Old frame treatments for Modern and Legacy staples!”

Seventeen years after 8th Edition, the time has finally come for this glorious product to make some of my dreams come true. We’ve already had three preview cards that beautifully fit that mold: Chalice of the Void, Path to Exile, and *cough* Relentless Rats. Ok, two out three ain’t bad, right?

Boosters from Time Spiral Remastered will contain one card from the bonus sheet, according to Gavin Verhey. There are possibly around “one sheet” worth of cards in the new frame, which will be reduced from the robust size of the bonus sheets of Time Spiral block that had 121 cards per set, to the more Modern size of around 80, so I’ve got some room to play with.

One final note. I’m typically loath to engage in speculation, particularly when there’s nothing to be done about it. Thinking about what might happen in the plot of an upcoming movie, or what might be in an upcoming set, just irritates me. From years of experience, I now know why: I get my hopes up. I hate hearing about a movie I want to see because my expectations tend to get pumped up to the maximum, to the point that it can’t possibly live up to my soaring visions of perfection. I’m a very passionate person and I can’t really stop myself from getting overexcited and thus follows disappointment and grousing.

Here are my dreams, the 10 top cards I’d love to see get the old border treatment in Time Spiral Remastered followed by a few honorary mentions that I think should be included. It goes without mention that Chalice and Path have been ignored due to being previewed already. This is my list, FULLY biased by my own desires and loves.

2. Cryptic Command – What can I say. I’ve literally written a love letter/article to this card and it’s close to my favorite card of all time. If you’re interested in my thoughts on this beauty in blue, you can check out that article on reddit.com, or when it is released on this site soon!

3. Ponder – This legacy staple rides right behind Brainstorm as a defining pillar of the format, allowing blue decks to have a seemingly perfect level of consistency. Having this card available for Legacy players to further purge modern frames from their decks is something I’d love.

4. Primeval Titan – One of Modern’s most powerful creatures, with multiple archetypes constructed around powering out this bad mamajama as quickly as possible, Prime Time seems like a lock to me. The only problem, such as there is, is that it’s banned in Commander, for reasons as unfathomable me.

5. Tarmogoyf – This modern staple was actually so good in Legacy that for a time there was talk about banning it. Tarmogoyf is one of the most iconic creatures of all time. Though its power may wax and wane, Goyf is one of the best, most efficient, pure beater threats the game has seen.

6. Punishing Fire – Grove of the Burnwillows omitted due to the fact it already has a SICK future frame version but, the other half of the combo, banned in Modern and a bit part player in the legacy scene, would be a sweet inclusion here. Additionally, there’s something about this card that just screams Ice Age era design philosophy.

7. Thoughtseize/Inquisition of Kozilek – These premier discard spells have never been printed in old border. The duo forms an important union, in Modern at least, allowing decks to play 5-8 discard spells for a consistent pattern of early game disruption.

8. Cavern of Souls – Besides just needing a release of this card for the influx of playable tribal archetypes in modern and legacy, this card hits a perfect bridge between being a colour enabler for casual decks in any format where it’s legal all the way up to being a 4 of in competitive formats.

9. Monastery Swiftspear – For the burn/sligh/RDW fans, this cross format all-star even sees some play in the Styx of Pioneer. “Taylor,” as I affectionately refer to her, gets the job done and is one of the most played creatures in Modern. Easy include.

10. Stoneforge Mystic – I would be remiss if I ignored white cards entirely, and since they already revealed what would have been my first choice for this slot, I get to include one of my favorite creatures, Stoneforge. The workhorse value plays of fetching up Batterskull or, if you’re so lucky, Umezawa’s Jitte, make the floor of this Squire high enough to always keep it frequently played. On top of that, you get the modality of fetching up the always tempting Swords: Fire and Ice, Feast and Famine, and the rarely used but still effective Light and Show. (All of which are available in old frame, albeit only foil as they were Judge Promos.)

Who am I kidding, I can’t limit myself to just ten. Some honorary mentions:

All the enemy fetches. Besides the fact that I would like to see them reprinted until eternal formats were much more financially accessible, this is something I’d desperately love to see. But, it seems unlikely, since they’ve already been announced in 2021’s Modern Horizons 2.

Planeswalkers – While I would desperately love to see their attempt at this, I’m going to put forth a guess they will omit this due to the weirdness of trying to design an “old border planeswalker frame.” Many old border aficionados (not me) detest planeswalkers, or at least what they have changed about how magic is played.

That said, which walkers WOULD they include if this were to come to pass? Dack Fayden should hopefully get an include in MH2, so my go-to walkers to include would be Jace, the Mind Sculptor and Liliana of the Veil. If I had to pick some for the other colours they would likely be occasionally red prison include, Chandra, Torch of Defiance, fun time pal, Gideon Ally of Zendikar, and fun time gal, Nissa, Vital Force.

This would however take up precious mythic “slots” on the sheet, not to mention slots on the sheet in general. On the whole, we should perhaps shelve the Gatewatch for this product, at least for the first run.

Double Faced Cards – As for DFC, Delver of Secrets definitely would get an easy nod from me but I’m not sure what the second best card to include for this variation. Huntmaster of the Fells? As I state with planeswalkers, the most problematic thing here is logistics, printing double faced cards into a set is a large cost to Wizards and the number of includes needs to warrant it. In this case, I do not think it’s likely we’ll see these.

Arcum’s Astrolabe – I’d love to see this if it were still Modern legal. It’s an easy include since it’s a common. Unfortunately we only get to see this beauty shine in Legacy. Oh well, I’ll always have the memories.

Griselbrand – I ran out of cards to include that I love much more than this card. I really detest the kind of games generated by most decks that include it, AND it’s banned in commander, so it’s an easy omission from the list. That said, it’s a cool card that many people love, and many decks require it as their main win condition, so I think those folks that enjoy it should get their toy too.

My Time Is Up

That’s all for today, but I’d love to hear what you have to say about this. You can holler at me on Twitter @ManaCymbal, and hear my thoughts about fresh brews I’m working on at The Serum Visions Podcast, available through most podcast providers including Podbean, and Apple Podcasts.

Zach Ryl is a high energy, high output, endless creator. When he’s not literally cooking, mixing drinks, or studying them, he finds occasional time to stream or pen articles about magic.